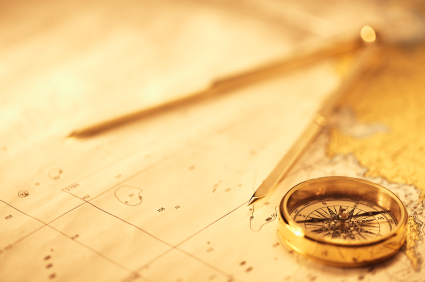 Dow Constantine came into office as the King County Executive in 2010 with an ambitious reform agenda that was quickly set in motion through the county’s new strategic plan and some key staffing changes, including the creation of an Office of Continuous Improvement.  The idea man behind this paradigm shift is Fred Jarrett, Deputy King County Executive.  Jarrett is challenging the much-maligned organization to take risks and “fail forward.”

More than rearranging the deck chairs

Imagine if the captain of the Titanic had seen the iceberg sooner and changed course to avoid that infamous collision. Changing the direction of a large organization has frequently been compared to steering a large ship - it takes a lot of ocean to change course.

For county government in Washington, it’s generally been accepted that, fiscally, the revenue structure alone is a looming iceberg, notwithstanding the present economic conditions. Enter an experienced helmsman, Deputy King County Executive Fred Jarrett.  With over 30 years experience in state and local government and a career at Boeing behind him, he is intent on steering King County’s ship of state away from catastrophe and into a sustained course toward fiscal health.

With the support of King County Executive Dow Constantine and the Metro King County Council, Jarrett is "leaning" (pun intended) into the wheel and bringing aspects of Lean Management production principles into county government in order to avoid a disastrous future. In broad terms, according to Jarrett, if nothing were to be done, the cost of county government would rise on an annual basis at a rate of about 6 percent against projected revenue growth of only 3 percent (as illustrated by the accompanying graph). 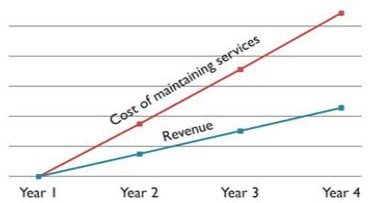 With the county’s budget already under the stress of the current economic conditions, unless these diverging lines can be brought together, the county’s ability to maintain services will go under.

The application of Lean principles to the county is intended to examine every service the county provides as if it were a product being produced. Along the lines of Ken Miller’s application of such principles in his books, “We Don’t Make Widgets” and “Extreme Government Makeover,” the management team at King County wants to transform how county employees and elected officials work.

Miller’s premise is that, contrary to popular belief, government services are, in fact, products and that production principles can be applied to improve them. Furthermore, when production bottlenecks are eliminated for the employees, their response will be increased production for the same or less cost and improved customer service. You can’t train for “customer service.” It will happen when employees are freed from inefficient systems and policies and enabled to do their best.

One challenge for Jarrett and his crew was to buy time for the improvements to be felt by the line employees while these principles took effect. “We refused to blame unions or people. The problem is with the systems and processes,” Jarrett said. If the county’s employees felt threatened by the changes, it would be difficult to gain widespread acceptance, which is a critical element in any organizational change.

A major accomplishment and important element to support further system improvement efforts is the county’s initiation in early 2012 of a single, countywide accounting and payroll system. “It was a massive effort and required the commitment of many, many staff people; but it will give us better information faster, which is crucial to any kind of production,” he emphasized.

Change in the private sector is easier because the goal is intrinsically agreed upon – profit. Accepting the premise that the public sector delivers a product or products too, a distinction must be made because there isn’t a marketplace to set the value. The legislative body substitutes for the market to determine what products and services will be delivered.

To make substantive changes in the public sector requires agreeing on what the product is. “It starts with a strategic plan to provide the function of a market. The legislative body will use that to decide what it is we’re going to do,” Jarrett said.

“We want to have a product-based budget by 2015, with a line of business plan for the services we deliver according to the strategic plan,” he added.

How can this transformation be sustained? In a 2002 budgeting training booklet developed by the Association of Washington Cities and the Washington Finance Officers Association, there’s a reference to strategic budgeting - "A few progressive cities are experimenting with strategic budgets based on the cost of services." When recently asked about this, one of the authors of the booklet, Finance Director Mike Bailey of Redmond, said he wasn’t aware of anyone in the state currently budgeting according to cost of services.

Jarrett says the key to the county’s success or failure will lie in transforming the culture of the county. The county has invested in new management positions specifically recruited for their skills in Lean processes and charged with building that culture into the county. In addition, staff positions have been filled with recruits eager to dive in, often giving up senior management positions in other organizations for a chance to work on this in King County.

Once this culture is instilled, Jarrett envisions something like the concept of "The Strategic Corporal” at work in the county. The concept, derived from the military, sees the people closest to the work as having the biggest impact simply because they are closest to the work. Delay in getting direction from distant leadership can result in missed opportunity. Not unlike what Detroit is trying to do to improve the quality of automobile production on the assembly line where any line worker is authorized to stop the line to correct a defect or make an improvement.

With such a culture, King County will be able to respond quickly to its challenges and avoid the icebergs ahead.