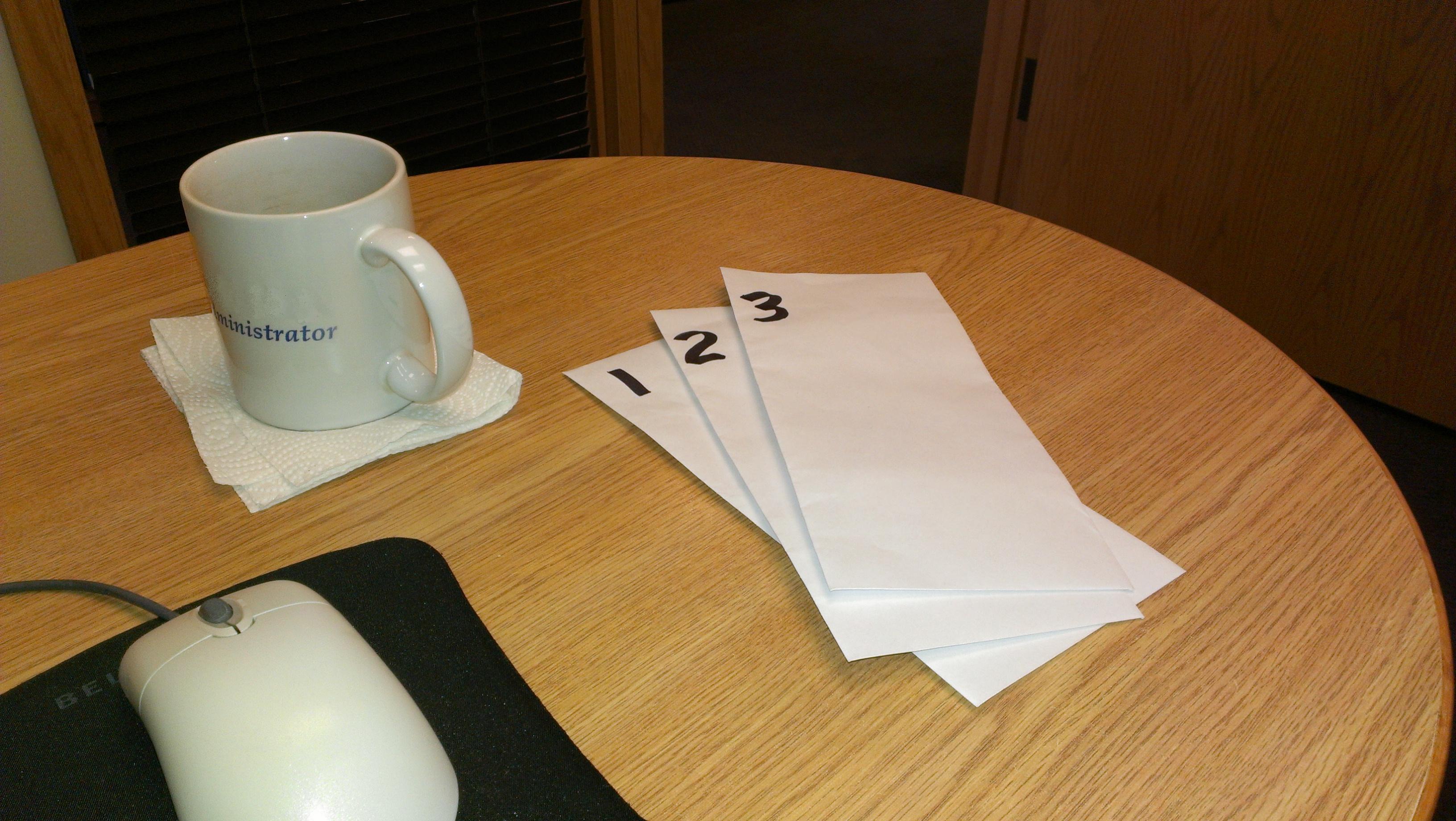 Early in my career, I heard the only actual city manager joke I can recall.

It tells the story of a young assistant about to accept his first position as a city manager. He meets with the former manager and asks him for some words of wisdom. His predecessor tells him not to worry; he’s left three numbered envelopes in the desk drawer. “If you find yourself in trouble over some issue and don’t know where to turn, open envelope number one. If it happens again, remember number two and number three.”

Sure enough, after the honeymoon period with the city council, an issue arises that the young manager doesn’t know how to handle. He’s beside himself with worry and thinks he’s going to lose his job when suddenly he remembers the envelopes. He opens number one and reads, “Blame your predecessor.” At the next council meeting, he reports that the whole mess is the fault of the previous city manager. The council agrees and everything goes forward smoothly until the next crisis looms.

Again the manager thinks he’s out of options and is starting to clean out his desk when he comes across the envelopes, now starting to yellow with age. Opening number two he reads one word, “Reorganize.”  At the next council meeting, he announces a bold plan to revamp the organization to meet the crisis. “Brilliant,” exclaims the council, and the manager’s career is back on track.

With experience of his own now, the manager expertly faces every challenge public service can throw at him until one day a new crisis looms that seems insurmountable. With confidence, he digs out the last envelope with the faded number three on it and reads, "Prepare three envelopes.”

I’d like to offer my own version of the three envelopes.

Don’t blame anyone. Face the music. If a staff member has let you down and you’ve been called on the carpet by your boss or the city council, take it standing up. You only make yourself look small by blaming someone else, even your predecessor. I’ve witnessed people publicly blaming a clerk or subordinate when something’s gone wrong, and I believe it only made the supposed “leader” look bad.

It’s your duty to develop the organization to serve the community. If you’ve depended on someone and they’ve failed you, deal with it in private. Either they deserve your wrath and appropriate disposition, or not; but it’s your job to deal with their performance and the performance of the organization. A recent report on American Public Media’s “Marketplace Commentary” discussed the benefit to the bottom line through improved creativity and performance to be gained from respect.

Obviously, false, malicious, and slanderous accusations leveled at you demand a different response, but I’m not talking about those.

Everyone has their own style, and they often want to put their stamp on the organization; but, in my opinion, reorganization usually consumes more energy and resources than it returns in benefits. I believe that it is far better to involve the people within the organization and let them have a significant say in determining what “fixes” are necessary. The people on the front lines usually know exactly what it will take to improve your processes, the ones they deal with every day serving your community. I’ve successfully applied this principle myself, and I’ve had the satisfaction of reading author/consultant Ken Miller’s confirmation of the success of such principles in his books, “We Don’t Make Widgets” and “Extreme Government Makeover.”

Ah, the irony of the punch line. What can I say? This has little to say about how you serve and more to do with how you take care of yourself and your family. When I began my career, employment agreements between the city and the manager were rare. Now they’re commonplace. It’s a quid pro quo; you’re committing to the community and the community is reciprocating by reducing the personal trauma of a professional parting of the ways.

The International City/County Management Association (ICMA) has just published new guidelines for communities and managers going through a recruitment process, Recruitment Guidelines for Selecting a Local Government Administrator. These guidelines are extremely helpful to candidates and elected officials.   This should really be “Envelope number one.”  You deal with it first and then put it away for that, hopefully, far off day when it might be needed.

Finally, even if there is only one city manager joke, keep a sense of humor. It will help you keep a sense of perspective. Many years ago, I was working closely with our city attorney to resolve a rather difficult issue. I found a greeting card to give him that read, “Someday we’ll look back on all this and . . . puke!” It summed up the situation perfectly.