2019 Legislative Outcomes for Procurement and Contracting - Part I: ESSB 5418 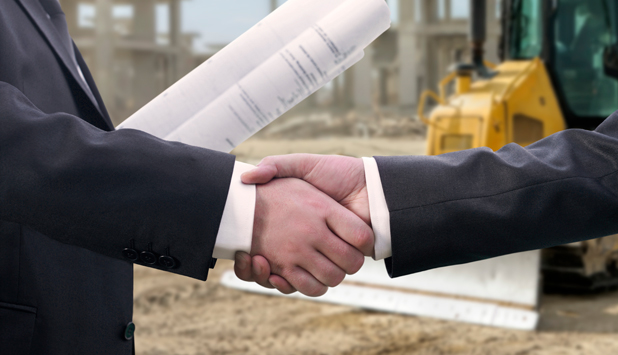 There were several bills that passed in the 2019 legislative process that have some impact on procurement and contracting. This blog will provide details for ESSB 5418, which affected a variety of statutes pertaining to local government procurement. A table of other bills that passed is at the end of this blog, along with brief descriptions relating to portions of the bills where procurement or contracting is affected, but those details will be covered in a subsequent blog post.

The effective date on all bills passed and covered in this blog is July 28, 2019, unless specifically noted otherwise.

One of the more anticipated outcomes of ESSB 5418, due in large part to the statutory permissions enacted in the last two legislative sessions, was the authorization of unit-price contracting for counties (RCW 36.32.235), also granted to water/sewer districts (RCW 57.08.050), public transportation authorities, public transportation benefit areas, and regional transit authorities (RCW 39.04).

Interestingly enough, the new authorization in 2019 is slightly different from those previously granted to cities, public utility districts (PUDs), and ports. This year, the authorizations were for contract durations not to exceed one year (instead of three years previously granted) and the option of extending or renewing for one additional year.

All agencies must require that each work order use prevailing wages in effect at the time of the initial contract or renewal, which must be updated annually, with intents and affidavits submitted annually.

This bill also revised how the PUDs apply prevailing wages to unit-price contracts. PUDs must now also use the prevailing wage rate in effect at the time of the contract or renewal for each work order instead of the applicable wage rates in effect at the time of issuing the work orders. Subsequently, PUDs must also allow for annual prevailing wage updates and require annual filing of intents and affidavits (RCW 54.04.070). For contracts that the PUDs already have in place, they will want to revise these at the next renewal or potentially amend or otherwise address longer-term contracts based on the advice of their legal counsel.

However, there seems to be a potential for unforeseen consequences with Ports (RCW 53.08.120) and with Irrigation Districts (RCW 87.03.435 and RCW 87.03.436), whose authorizing statutes specifically call out a small works roster limit of $300,000. The change in RCW 39.04.155 would not change the threshold in these authorizing statutes. Until further clarification can be determined, it is recommended that these agencies confer with their legal counsel.

ESSB 5418 contained additional changes that have been described below and grouped by type of agency impacted.

Code Cities, Second-Class Cities, and Towns (RCW 35A.40.200/RCW 35.23.352): The bill allows the agency to award to the next lowest bidder that falls within 5% of the lowest bid and meets criteria in the situation where the lowest responsible bidder was issued a written finding by the city that a project was late, over budget, or did not meet specifications, and the city did not find (in writing) that the bidder had shown how they would improve to meet future specifications.

A clarification issued regarding woman- or minority-owned contractors now states these contractors must be certified. If an agency makes an award as allowed to a woman-or minority-owned business (WMBE) per statute criteria, an annual report must be made to the Department of Commerce indicating the number of awards and how notice was provided to certified WMBE contractors.

There are other clarifications, corrections, and notations that have been incorporated with the passing of ESSB 5418. Examples of these would be that “certified” is being added to descriptions of minority- and woman-owned businesses (Sec. 1 and 11); limited public works bidding processes have award allowances to mini- and micro-businesses, previously described as awards to small businesses (Sec. 5); and there is a correction to an erroneous reference to RCW 39.26 that should be RCW 39.29, regarding the Washington State Office of Minority and Women’s Business Enterprise (OMWBE) goals (Sec. 3). Agencies are encouraged to review for these changes.

MRSC will be updating our related topic pages to be sure all changes, corrections, and additions are appropriately incorporated.

In Part 2 of the legislative recap for 2019 I will review these additional bills:

Judy is MRSC's Procurement and Public Works Contracting Consultant, and she joined the organization in 2017.

Her experience in public works and public procurement includes purchasing positions with the City of Redmond and the City of Shoreline, and most recently as Purchasing Manager for KCDA Purchasing Cooperative.

Working in areas of procurement and project management has provided Judy significant experience in both the public and private sectors.

She studied Business/Accounting at Edgewood College in Wisconsin and attended the Purchasing program at Shoreline Community College for continued education. Participation in various professional organizations supplement her experience and she currently holds a Certified Professional in Supply Management (CPSM) certification through the Institute of Supply Management.

Are we required to place an RFP or RFQ for misdemeanor prosecution services?