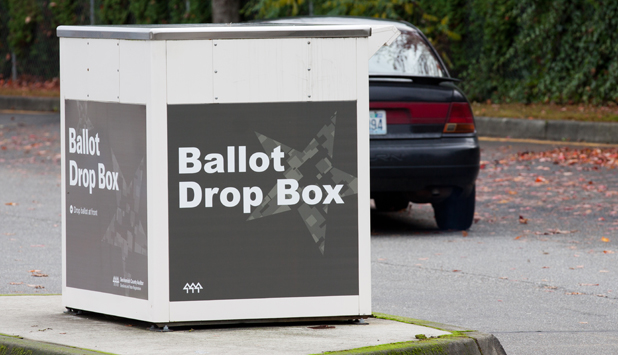 It seems that every year the Washington State Legislature passes laws relating to our elections and the integrity of local, state, and national elections. For example, 2018 brought us important improvements including the Washington Voting Rights Act, the Future Voter Program, and extended voter registration time periods. Last year, I wrote The Future of Voting in Washington and New Laws Addressing Elections about those laws.

There are more new election laws in 2019, and in this blog, I summarize seven changes.

HB 1375 extends campaign contribution limits in the Fair Campaign Practices Act so they apply to all port district offices regardless of the number of registered voters within the district. Previously, the limits applied to elections in the Port of Seattle and the Port of Tacoma (ports with more than 200,000 registered voters), but not other ports.

PACs Donating to Other PACs

ESHB 1379 requires additional public disclosure in campaign advertising by Political Action Committees (PACs). Sponsors of political advertisements must identify and disclose the top five contributors that donate the amount necessary to qualify as an independent expenditure ($500 or $1,000, depending on the office) during the 12 months before the date that the advertisement is initially to be presented to the public.

HB 1545 improves processing of ballots during an election. The record of returned ballots that have declarations with missing or mismatched signatures must be updated each day that a county canvasses ballots, each time a voter is contacted by phone or mail, and each time a voter submits updated information. The record of noncompliant ballots and voter contacts must be sent to the Secretary of State within 48 hours, then the record will be made publicly available within 24 hours of receipt.

SSB 5063 requires that return envelopes for ballots must now include prepaid postage and the state must reimburse counties for the cost of prepaid postage on mail and absentee ballots in primary and general elections. This law recognizes that “voting by mail has many advantages” and that “while the cost of ballot return postage may only be a small amount, passing the burden along to Washington's citizens, many of whom no longer need stamps in their everyday lives, is an unnecessary barrier to fully participate in the democratic process.”

ESSB 5079, or the Native American Voting Rights Act of Washington, helps the state’s tribal members more effectively participate in elections. The minimum information required for voter registration under state law is amended to allow for “unmarked homes” and “a nontraditional residential address,” including “a narrative description of the voter’s address” to be used when a voter resides on tribal lands.

Tribal identification cards may be used as a form of identification for election purposes. Ballot drop boxes may be placed on tribal lands and must be accessible to county auditors via public roads. This law is part of a national trend to expressly protect Native American voting rights.

SB 5266 amends the 2018 Washington Voting Rights Act (WVRA) and provides for prompt local elections when a remedy changing a local government’s election system under the WVRA is adopted, either voluntarily or by court order. This means that a districting or redistricting remedy to resolve potential voting rights violations will lead to elections for all positions in the next general election. This is the case even when the next general election is a national election (held in even years) rather than a municipal election (odd years).

The right to vote is a fundamental constitutional right and critical to fair representation in government at all levels. Thus, it is not surprising that there are significant changes in election laws. We will continue to share about new legislation, especially laws that impact our elections.

Can a group of area mayors host a “legislative forum” at a city-owned facility with several candidates for state offices to discuss their views on city issues?