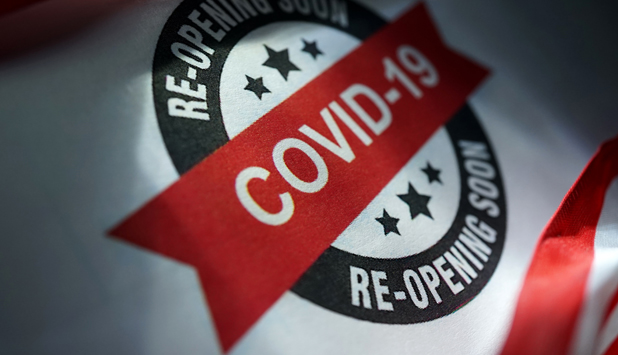 The original Proclamation 20-28 was issued on March 24, 2020, ushering in over two years of pandemic-related restrictions that had a major impact on public meetings and how agencies processed public records requests. So, where does all of this leave local governments?

Effective June 1, agencies are again required to allow reasonable use of their facilities for copying public records. Agencies are required to provide the initial five-day response requirement regardless of how the request is received. (Under the proclamation, the five-day requirement was waived for all requests other than those received electronically.) Otherwise, “carry on” with the great work you’ve been doing responding to records requests throughout the pandemic.

Effective June 1, meetings subject to the Open Public Meetings Act (OPMA) are no longer required to be held remotely. The default is that meetings will again be held at a physical location. However, as MRSC’s Managing Attorney Flannary Collins wrote in her blog, The OPMA Gets an Update from the Legislature, there are some new nuances to this based on ESHB 1329, which was enacted by the Washington State Legislature this year.

Telephonic or video access to public meetings is no longer required once the proclamation expires, though it is encouraged by ESHB 1329. However, if the agency allows verbal public comment during a regular meeting, ESHB 1329 requires the agency — “when feasible” — to provide an option for verbal public comment to be submitted by telephonic or videoconferencing means during the meeting to:

...any individual who will have difficulty attending a meeting of the governing body of a public agency by reason of disability, limited mobility, or for any other reason that makes physical attendance at a meeting difficult...

The statute does not define what is or is not “feasible,” so agencies will need to review their meeting spaces and technology set-up in order to justify a decision to not allow remote commenting.

If a public agency determines that it cannot hold an in-person public meeting with “reasonable safety” due to a local, state, or federally declared emergency, ESHB 1329 allows the agency to conduct a fully remote meeting or to hold a meeting at which the physical attendance by some or all members of the public is limited.

Because Washington State is still in a declared state of emergency — Proclamation 20-05 is still in effect and some local agencies may still have their own emergency declarations in place — agencies still have the option of conducting remote meetings or limiting physical attendance. To do so, the agency would need to document its reasoning for why the emergency prevents it from meeting in person. You will want to coordinate with your local health official or board to see if they can provide facts to support your determination.

Even if there is no declared emergency, ESHB 1329 authorizes members of the governing body to attend any/all public meetings remotely. This is a good time to review your agency’s policies on remote attendance and update them accordingly.

As a reminder, ESHB 1329 also makes other changes to OPMA, including online posting of regular meeting agendas, posting of special meeting notices, and (effective June 9) requiring local agencies to take public comment (oral and/or written) at regular meetings where final action is taken. For more information, see our previous blog: The OPMA Gets an Update from the Legislature.

As always, talk to your agency attorney if you have questions about your specific practices and policies. Also, MRSC has been getting a lot of questions about the new changes in ESHB 1329. We’re going to be summarizing those questions and our answers in a future blog, so watch this space.

Steve Gross joined MRSC as a Legal Consultant in January 2020.

“We’re Going into Executive Session to Discuss Personnel.” Is That Okay?

Are local government agencies required to have a list of PRA exemptions on their website pertaining to public records?