Resolving Financial Conflicts of Interest: Is Abstaining from Voting Enough?

February 22, 2022  by  Sarah Doar Category:  Ethics and Conflicts of Interest 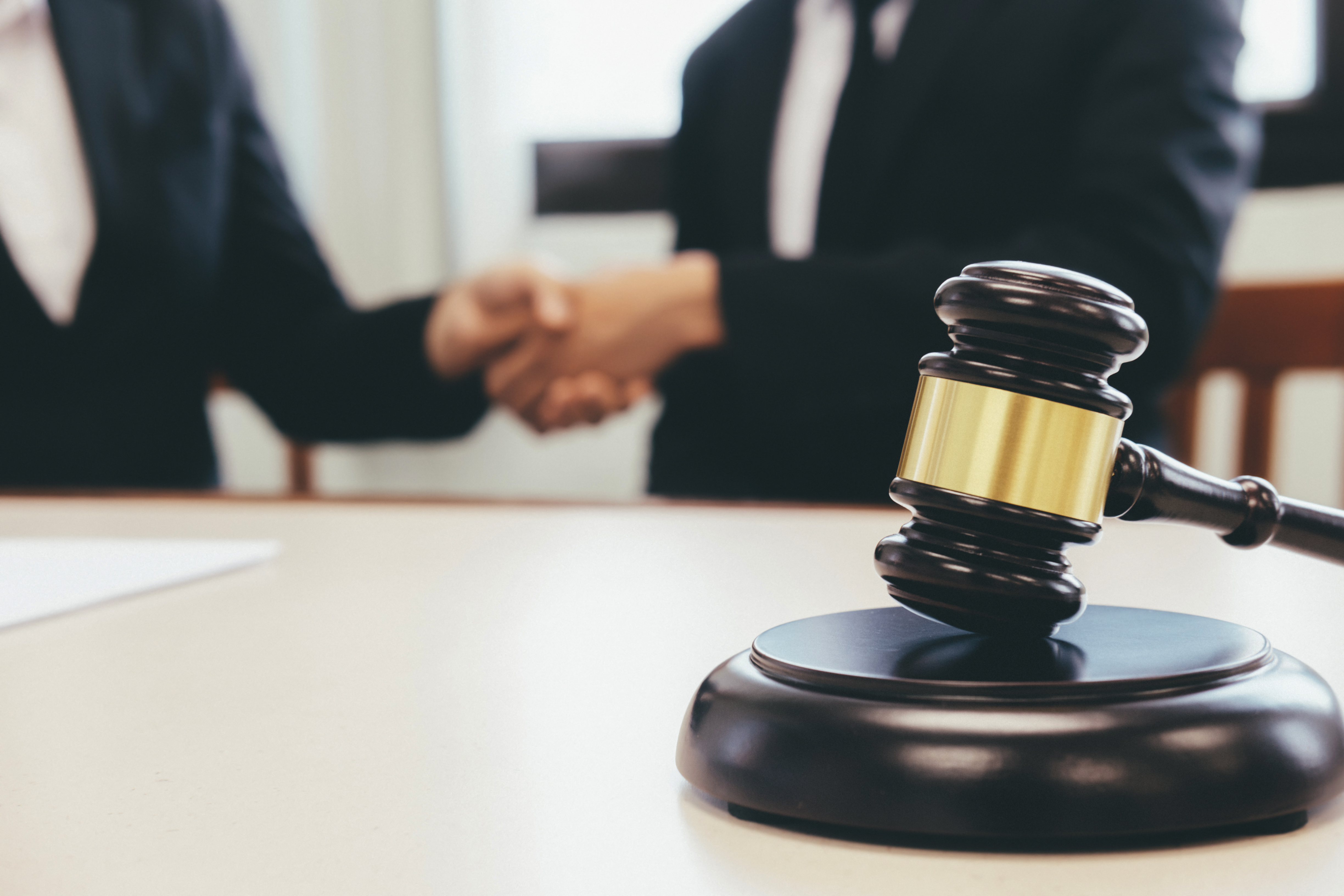 Washington State law prohibits elected officials from having a financial interest in most contracts entered into by their jurisdictions. RCW 42.23.030 states:

No municipal officer shall be beneficially interested, directly or indirectly, in any contract which may be made by, through or under the supervision of such officer, in whole or in part.

MRSC was recently asked to defend the following statement on our Ethics and Conflicts of Interest topic page:

The prohibition applies broadly to members of the governing body, who are generally responsible for approving contracts, regardless of whether they voted on the contract or not (emphasis added).

In the context of governing bodies (such as city councils, county commissions, and special district boards), some folks take the position that RCW 42.23.030 can be read to allow for such interests so long as the interested member discloses the interest on the record, does not attempt to influence the outcome, and abstains from any votes. They argue that a contract is not “made by” an abstaining member. The other side (consistent with our past guidance) would argue that contracts are entered into (i.e., “made”) by the governing body as a whole and the interest of one member, regardless of how or whether they voted, renders the contract void.

This is certainly a nuanced issue where reasonable minds can disagree but MRSC tends to take the more conservative or “risk averse” line. Below is a brief overview of the relevant statutory prohibition followed by a review of related cases and a statutory analysis that MRSC believes supports our more conservative position.

Prohibition on Contractual Interests and Exceptions

RCW 42.23.030 begins with its blanket statement of prohibition, but then provides a list of exemptions to the prohibition (i.e., contracts in which an official can be beneficially interested). However, it then states:

Further, RCW 42.23.040 creates a list of “remote interests” that are allowable, again, so long as the official abstains from any vote, does not attempt to influence the vote, and the remote interest is disclosed in the minutes.

But Does this Apply to Any Contract with the Agency?

Where things get complicated is in this question: What does it mean for a contract to “be made by, through or under the supervision” of a member of a legislative body? If a member of the governing body does not “supervise” the contract, is the contract still valid if a member has an interest in the contract but abstains from voting? Do all members of a body “make” the contract even if they abstain from voting? Unfortunately, we do not have clear case law or attorney general guidance on this point.

One case often cited on this subject is City of Raymond v. Runyon, 93 Wn. App. 127 (1998), in which the court found a contract void because a member of the governing body had a financial interest. But in that case, the city was still under the commission form of city government and the commissioner at issue had both legislative authority and executive oversight of the contract at issue. The court focused on the fact that the commissioner still supervised the contract, despite attempting to delegate the contract supervision to a deputy. The court did not explore whether the contract was made “by” or “through” the commissioner, despite his attempts to abstain from any votes, because it resolved the case on the supervision prong.

There is also Citizens for Des Moines, Inc. v. Petersen, 125 Wn. App. 760 (2005). It has some interesting language discussing the nuance of the statute, but that case does not definitively resolve the question of whether an interested member can abstain from voting on a contract because the court found that there were no “contracts” involved at all.

A Des Moines councilmember owned a towing business that was used by city police for impounds. That is a statutory process, so even though there was evidence that everyone at the city used Pete’s Towing, there was no actual contract involved. Further, “any supervision” of individual transactions was performed by the Des Moines City Manager.

The Des Moines court makes a few interesting points, including:

[T]o the extent that it [meaning the council] might include “making” a contract with Pete’s Towing, Councilman Petersen could find himself facing a conflict of interest. As our Supreme Court noted in the City of Seattle [v. State] case, 100 Wn. 2d [232 (1983)], however, nothing would compel him to act on behalf of the city with respect to making any contract involving Pete’s Towing, and his remedy would be to disqualify himself (emphasis added).

Based on this non-controlling language in the cases, one could argue that a member could abstain and disclose their interest, and this would remedy any conflict. But there are many risks in this approach.

The purpose of this ethical prohibition is to prevent self-dealing. Can you be 100% sure that the interested member would not influence the other members of your governing body? Are you confident that the abstaining member would not be also obtaining a special privilege under RCW 42.23.070? There is also the public optics associated with an elected official benefiting from a public contract — regardless of whether that individual voted on it.

If a contract is formed in violation of the law, it is void. In light of this risk (and all that would flow from having to deal with clawing back any funds paid out on a void contract), you may want to consider whether a court would give the statute a strict reading or follow the more nuanced analysis suggested in Peterson.

If a member could resolve the conflict of having an interest in a contract entered into by the governing body simply by abstaining, I believe this would render the “remote interests” exceptions in RCW 42.23.040 a nullity. Why bother going through the effort of defining “remote interests,” the conflicts with which could be cured by abstaining, if much more significant interests could also be cured by abstaining? Courts try to interpret statutes in a manner that do not render other provisions a nullity — particularly when this provision was originally adopted at the same time as RCW 42.23.030.

Further, the legislature has opened up the statute multiple times, including in 1999 when the stated purpose was to make things easier to conduct public business — especially for smaller jurisdictions — and yet they have not explicitly stated that a member of a governing body could avoid any conflict in contracts by abstaining from a vote to approve the contract.

I also think it is worth looking at the margin notation of the session law when the statute was originally adopted (see 1961 c 268 § 4). In summarizing the prohibition, it says: "municipal officers not to be interested in municipal contracts" and, later, "exceptions." The implication here is that the legislature understood it was creating a blanket prohibition against interests in any contracts, allowing only limited exceptions. If the summary said something along the lines of 'financially interested municipal officers to abstain from voting on municipal contracts,' I might reach a different conclusion. While legislative history and margin notations are not determinative in statutory interpretation, they are taken into consideration by courts interpreting those statutes.

At the End of the Day…

All of this nuance helps to explain why MRSC takes the conservative approach with our statement online that the prohibition “applies broadly to members of the governing body, who are generally responsible for approving contracts, regardless of whether they voted on the contract or not.” However, we always defer to the legal advice of the agency attorney who is in a much better position to evaluate the nature of the contract and to determine whether it is “made by, through or under the supervision” of any interested member of the governing body.

Most recently, she served as a Civil Deputy Prosecuting Attorney for Island County. At Island County, Sarah advised on many aspects of government business, including compliance with public record and opening meeting laws. She also defended the County in Growth Management Act and Land Use litigation. Prior to moving to Washington, Sarah practiced land use, environmental, and appellate law in Florida for over eight years.

Sarah holds a B.A. in Biology from Case Western Reserve University and a J.D. with a certificate in environmental and land use law from Florida State University College of Law.

The Distinction between ‘Legal’ and ‘Ethical’ Behavior

Is there a conflict with Lodging Tax Advisory Committee (LTAC) members voting to support their organization’s application?

Ethics and Conflicts of Interest