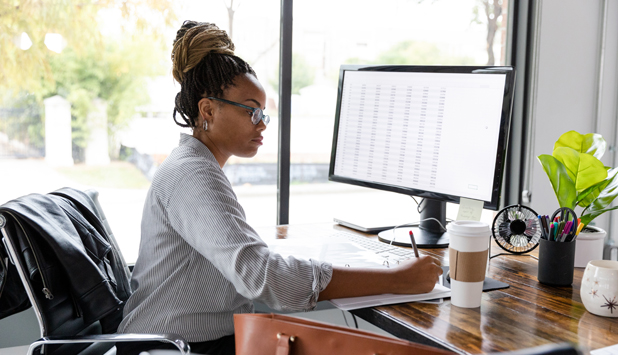 Editor's note: This blog was amended on June 18, 2021 to include a reminder about the JLARC reporting deadline.

There are a few recent developments in the law that impacts the disclosure of public records that I wanted to draw attention to. The first is a recent Washington Supreme Court opinion that interprets the definition of “news media.” The case is significant because the “news media” has access to public employee photographs and full dates of birth, information not otherwise available to the general public. The second is a new Public Records Act (PRA) exemption for election security records passed by the state legislature this past session. Finally, the Washington State Archivist has announced it is accepting applications for its 2021-22 Local Records Grant Program.

The Washington Supreme Court recently weighed in on a question that has troubled public records officers ever since the exemption was adopted into the PRA. In Green v. Pierce County — P.3d — (May 27, 2021), the Court looked at the exception to the exemption for public employee “photographs and month and year of birth in personnel files” contained in RCW 42.56.250(8). This exemption does not apply if the requestor is “news media, as defined in RCW 5.68.010(5).”

Under RCW 5.68.010(5), “news media” includes traditional formats, such as newspapers and television stations, but additionally “any entity that is in the regular business of news gathering and disseminating news or information to the public by any means.” In Green, the Court had to answer the question of whether an individual who runs a YouTube channel is such an “entity.”

Ultimately, the Court determined that “the statutory definition of ‘news media’ requires an entity with a legal identity separate from the individual.” This means that a person who operates a YouTube channel in their own name and not through some other separate legal entity is not “news media.” The trial court had found that “Mr. Green is Liberty’s Champion [the YouTube channel].” Without Mr. Green, the channel would not exist. Because the YouTube channel was not separate from Mr. Green, it was not a separate “entity” and thus failed the first part of the definition of “news media.”

Because the Court resolved this case on the narrow question of whether an individual is considered an “entity,” it did not go further and answer perhaps the more relevant question of whether an entity that posts content on a YouTube channel is “in the regular business of news gathering and disseminating news or information to the public.”

In addition, the Court clarified that while an agency asserting an exemption bears the burden of proof, the party asserting that an exception to the exemption bears the burden of proof of the exception. This means that it is appropriate for a public records officer to seek sufficient evidence from the requestor to determine whether the requestor meets the definition of “news media,” because the requester is in the better position to prove they are news media.

In SHB 1068, the Washington State Legislature added a new exemption to RCW 42.56.420 which applies to security. The new subsection (7)(a) exempts:

The exemption does not apply to information or records pertaining to security breaches, except to the extent such information and records are already prohibited from disclosure pursuant to RCW 29A.12.200.

Of note, this exemption has immediate and retroactive effect. It went into effect on April 14, 2021, and it applies to “any public records requests made prior to the effective date of this section for which the disclosure of records has not already occurred.”

As part of its efforts to address police officer oversight and accountability, the Washington State Legislature has opted to set a statutorily created retention period for certain law enforcement personnel records.

Under RCW 40.14.070, the local records committee is normally charged with establishing the retention period for public records within certain parameters. In SSB 5051, the Legislature added a new subsection (4) to RCW 40.14.070 which directly establishes a retention period for the personnel records for any peace or corrections officers for “the duration of the officer’s employment and a minimum of 10 years thereafter.”

Washington State Archives recently announced that it is now accepting applications for Local Records Grants for 2021-22. Funding is available for three different types of grants: Technology Tools, Organizing the File Room, and Digital Imaging. Applications are due no later than 5:00 PM Wednesday, June 30, 2021. Grant awardees will be announced September 27, 2021. There is assistance available to help fill out grant applications.

For more information on the grant program, visit Local Records Grant Program - Washington State Archives - WA Secretary of State, and if you have any questions, email recordsmanagement@sos.wa.gov.

The reporting system and guidance documents may be accessed through the Washington State Legislature’s JLARC webpage.

Join me on June 15 for a FREE PRA Webinar. Assistant Attorney General Morgan Damerow will be presenting a Legislative Update on 2021 Public Records Bills. The webinar is generously sponsored by the Washington Association of Public Records Officers. Find the archived version (available after the live event) at our On-Demand Webinars.

Most recently, she served as a Civil Deputy Prosecuting Attorney for Island County. At Island County, Sarah advised on many aspects of government business, including compliance with public record and opening meeting laws. She also defended the County in Growth Management Act and Land Use litigation. Prior to moving to Washington, Sarah practiced land use, environmental, and appellate law in Florida for over eight years.

Sarah holds a B.A. in Biology from Case Western Reserve University and a J.D. with a certificate in environmental and land use law from Florida State University College of Law.

Seven Hills, LLC v. Chelan County: When Does a Nonconforming Use Come into Existence?

We have a request for a former employee’s personnel file. In the file is a copy of the employee's police officer identification card. On the back of that card are the left and right index fingerprints. Is there an exemption for the fingerprints?