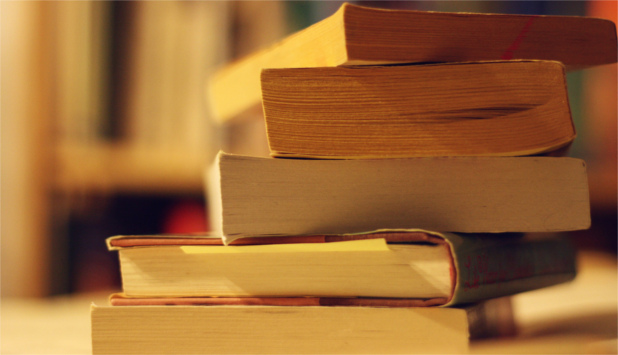 During my time as a city administrator for Enumclaw, one of the projects I worked on was the development of a new library in the heart of town. With land secured, significant community support, and a bond issue ready for voters, I thought the project would be a cakewalk. However, I soon learned that things aren’t always as easy as they appear; getting the project done required maneuvering through an obstacle course of issues. The experience was challenging, but also taught me a number of important lessons about public management.

Just as the project was about to be launched, a descendent of one of the community’s earliest families informed the city council that the existing library property included a deed restriction that required that it always be used as the site for the library. One of the founding families had donated their Victorian house and personal book collection as the city’s first library with that restriction in place. The council was informed that any new facility had to be built right there, just as the existing building had been several decades before.

Everything stopped while this claim was being verified. If true, the city attorney advised us, it could be possible to get the restriction removed but it would take time and money. Some people argued that the city would be doing a disservice to the memory of the original donors by breaking this apparently long-forgotten commitment.

With only minimal effort, we soon found that when the existing facility had been built decades before, the city had discovered the deed restriction and contacted the heirs of the original donors to have it released.

Unlike construction projects or the purchase of supplies, the selection of an architect or engineer is not based on accepting the lowest cost proposal. Candidates are selected based on qualifications and suitability for the job. A committee of library board members asked me to participate in the selection process along with the library director. Several architectural firms were interviewed and the board made a selection and directed the library director to negotiate a contract. Weeks passed as the director was unable to get a responsive contract proposal from the firm. After consulting with me, he began negotiating with the board’s alternate choice and a contract was successfully negotiated. (As a side note, though this was to be that firm’s first library, they subsequently went on to design several more, including one in a city I subsequently served.)

Even though the master plan had been unanimously adopted by the city council, one or two of the councilmembers began having second thoughts about locating the library on the site proposed in the plan. Their reasoning seemed to be that perhaps that location might be better used for a commercial structure that would generate revenue; even a fast food franchise was talked about. Ultimately the council voted to proceed as planned, but the vote wasn’t unanimous and the seeds of the fourth obstacle were planted.

The bond issue proposition was finally placed on the general election ballot for the following November. There was no organized opposition, though we began to hear comments to the effect that the positioning of the building as illustrated by the simple schematic sketches in the master plan would have “children running right into the street.” When asked, proponents tried to explain that these were not the actual design documents for the library and that the design process for the actual building would ensure that library patrons of any age would be safe. Evidently the seeds of doubt were enough, and the excess levy for the bond issue failed to get the needed 60% by a narrow margin.

The friends of the library were not deterred. The close results encouraged them to ask the city council for permission to use some of their donated funds to conduct a professional survey of voters’ opinions about the library proposal. A survey firm was engaged and the results indicated that, indeed, uncertainty about the location of the building on the property was a factor. Had it been understood, the survey indicated the proposal would have gotten a 72% “Yes” vote!

On the strength of the survey results, the friends of the library were eager to ask the city council to resubmit the issue to the voters.

While this was happening, a new law took effect authorizing “mail only” ballots for special elections. In a couple of nearby municipal incorporation elections, the propositions had passed with a mailed ballot where the same question had been rejected on several previous occasions when placed on the general election ballot. Based on those successes and the survey, I recommended that the city council resubmit the issue to the voters at a special election using a mailed ballot.

The second election was conducted by the county using a mailed out ballot. The results: over 71% in favor! The survey projection had been less than a percentage point off. With this success, we authorized the architects to begin final design and bid documents.

Obstacle Number 7 – So Close, Yet so Far

In the course of preparing for the actual bond issuance, our bond counsel was preparing what is known as a transcript. This is a compilation of all the official documents necessary for the bond issue to take place, including the various resolutions and ordinances of the city council, official reports, the official statement from the city’s financial advisors and, of course, the election results including a copy of the official ballot from the county. Routinely reviewing a copy of the ballot prior to including it in the transcript, the attorney discovered that the county had omitted the crucial wording that the measure would authorize an “excess levy” to repay the bonds. Even though it would be hard to argue that anyone voting on the measure didn’t understand that they were authorizing a tax increase, that’s not what the ballot said. Our bond counsel could not give us the opinion that we were duly authorized to sell bonds and repay them with new tax dollars.

I was in eastern Washington at a conference when I got the news. Stunned, I started home immediately. Passing through Leavenworth at lunchtime, I saw a sign that announced that the local Rotary Club was meeting that day, so I decided to “kill two birds with one stone,” have lunch, and make up a meeting. As visitors were introduced, I discovered that the Chief Justice of the State Supreme Court was also there making up a meeting, so I stayed afterward to ask his unofficial opinion. (I suppose I was compromising his ability to help us out if the issue ever reached the Supreme Court, but what the heck, I had to ask.) He was as surprised as me and had never heard of such a thing before.

We were hoping that the preponderance of evidence we had supporting our argument that the electorate understood the issue would be sufficient for us to proceed. Unfortunately, we learned that a similar matter had been litigated in 1949 and that the State Supreme Court had ruled that the wording on the ballot was binding. All design work was suspended while we regrouped.

By the time this problem was discovered, it was too late to put the issue on the primary election ballot, so we had to wait for the next November general election again.

There were a few rumblings in the community that the city must have made a mistake in the prior election, but all our documents were in order. The county admitted that the mistake was theirs. Bond counsel and I met with the county elections division director and asked that they mail a notice to all registered voters stating that they had made the mistake and that, although the election results showed that it had passed, the election would need to be run again. County officials countered that “the measure had not passed since it was invalid.” Rather than fight over that question, we conceded and the county mailed a notice explaining that they had mistakenly omitted the words authorizing an excess levy but not mentioning the results of the prior election; a small victory.

A long time had passed since the first steps toward this project had been taken. Inflation was a serious factor then, particularly in construction costs, but we chose to stay within our original estimates and agreed to simply scale back the project if it became necessary.

Early election returns looked like a repeat of the first election, but by the time every ballot was counted we’d just cleared the 60% threshold for an excess levy. Phew!

By the time the library was completed I had accepted a position in another city, but the city council and library board graciously invited me back for the dedication to savor the satisfaction of crossing the finish line with them.

Perseverance and Patience – This project took much longer than anticipated and faced several unforeseen roadblocks. Staying with it rewarded us with the desired outcome. Remaining patient in the face of some of the claims tossed about helped demonstrate our commitment and kept us from being distracted from the goal. It was also valuable to insist that the county acknowledge its mistake to every voter, not just in a press release. Given the close results of the third election, it may have made the difference.

Expect the Unexpected – I would be surprised if many public entities would do a title search on a piece of property that had been occupied by a public facility for the last 80 – 100 years before simply considering moving to another location. We were caught off guard by the claim that we were barred from leaving the site of the first library, but it turned out that our predecessors had already foreseen that eventuality and cleared our way decades before. The county didn’t ask us to proofread the ballot before the election. I doubt that this ever occurs anywhere and no one noticed the missing words when it came in the mail. And, we didn’t know why the first choice architectural firm was unresponsive, but the alternate proved to be exceptional.

The Value of a Well-Done Survey – We were very pleasantly surprised when the second election results so nearly matched the projections from the public opinion survey. In contrast, I’ve seen several supposedly professional surveys with vague questions that yield meaningless results.

Don’t Take Support for Granted – In spite of the unanimous vote adopting our master plan for the property, when the time came for a concrete proposal, some policymakers had second thoughts. They’re entitled to change their minds, but we weren’t aware that some attitudes had changed. In retrospect, had we been able to address some of their concerns before putting the first proposal on the ballot, we might have succeeded on the first try.

Many public projects face obstacles on the road from conception to realization. Keeping a clear focus on the finish line kept us from being overwhelmed or distracted by the eight obstacles we faced in completing our new library building.