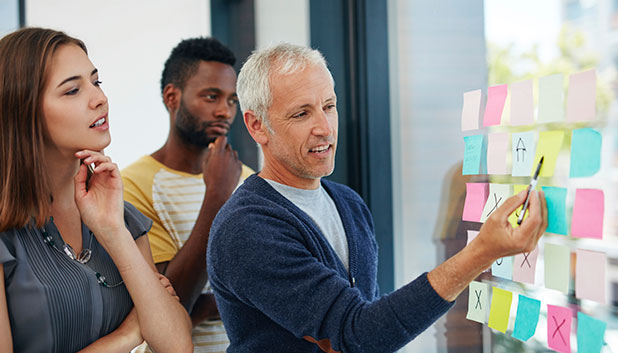 A recent issue of Bob Behn’s Performance Leadership Report entitled Obliterating Worst Practices brought to mind an application of lean management principles I implemented long before the term ever became popular. I found that problems that seem intractable at the management level, can often be fixed by those employees that understand the processes the best.

Our “worst practice” involved major inefficiencies in utility billing. The city operated a water utility in addition to a natural gas utility. The water utility employed a meter reader who read the meters on a regular schedule so that approximately half the water accounts were billed each month. However, the gas utility billed all its accounts every month and during that time, the whole crew would stop any other work and read all the meters.

An added inefficiency was that each system was billed separately on an over-sized postcard requiring first class postage. If you happened to have both water and natural gas service, every other month you got two bills in the mail for your city utilities, one for natural gas and one for water, sewer, and solid waste.

I was told by my management team that various attempts to come up with a better way in the past had been unsuccessful. It was further complicated because  not every account received both water and gas service, nor were the service areas congruent. But I was sure there was a solution. If nothing else, I thought we could at least print the bills on a standard postcard and save on mailing costs.

Years before Ken Miller would advocate this technique in his books We Don’t Make Widgets and Extreme Government Makeover, I decided to take the issue to the employees closest to the work, our billing technician and the meter reader.

I gave them a challenge: devise a way for a single meter reader to read both gas and water meters and for the city to bill them on a single statement while continuing to bill water accounts every other month and gas accounts monthly.

IT WORKED! In less than a week the two of them came up with new meter reading routes combining both gas and water and a system to identify on which cycle the water meters were to be read. They also contacted the company that printed our forms and got a proposal for a newly designed bill that accommodated a line for natural gas on a standard postcard.

The two employees were proud of their achievement and appreciated the confidence we’d shown in their ability to tackle the problem.

All organizations have multiple ‘worst practices.’ Everyone knows what they are. They’ve been complaining about them for years. They are not just hurting performance. They are also hurting morale.

Ken Miller describes the same thing and advises his readers and clients to let the employees closest to the inefficient systems devise the solution to the “clogged pipes” as a way to increase morale and productivity, and deliver better public service.

I already knew that.

A Basic Approach to Succession Planning