Bringing the Family to Work

April 19, 2021  by  Jill Dvorkin Category:  Recruitment and Hiring ,  Ethics and Conflicts of Interest 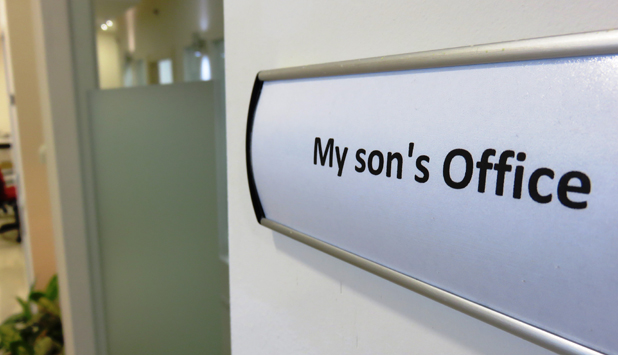 Can the parks director hire his brother as a lifeguard at the municipal pool? Is it OK for the county treasurer to hire her spouse as an administrative assistant?

The answer to each of these questions requires a review of the practice of nepotism, as well as Washington State’s conflicts of interest law. This blog will look at nepotism and how it applies to local governments. For answers to the questions posed above, read on through to the end.

According to the online Merriam Webster dictionary, nepotism is “favoritism (as in appointment to a job) based on kinship.” In government, nepotism is typically the practice of those with appointing authority giving jobs to relatives.

Although not technically nepotism (which involves a person directly hiring a relative), some local government have personnel policies that also largely prohibit the employment of a current employee’s relatives, regardless of who makes the hiring decision (see some policy examples below).

It might be if, due to favoritism or family ties, persons are hired into positions they are not qualified for (and those who are qualified are not considered for employment). Civil service was established partly to eliminate nepotism in hiring.

No, except in certain circumstances involving a municipal officer hiring their own spouse or dependent. RCW 42.23.030 prohibits a municipal officer from having a financial interest, directly or indirectly, in any contract made by, though, or under their supervision — with certain exceptions. Because an employment relationship is contractual in nature, this statute will, in most cases, prohibit a local official from hiring their spouse, since one spouse usually has a legal interest in the other’s earnings due to community property laws in Washington State. (It does not, however, prohibit a local government official’s spouse being hired by another official within that local government.) This provision would also prohibit the hiring of a dependent child — but not their financially-independent children.

Here are some exceptions to the rule prohibiting the hiring of a spouse or dependent:

(2) If the hiring officer and spouse entered into a separate property agreement such that any compensation the spouse received from municipal employment would belong only to that spouse, then RCW 42.23.030 would not be implicated because the hiring spouse would have no financial interest in their spouse’s employment contract with the hiring jurisdiction. See State v. Miller, 32 Wn.2d 149, 156-58 (1948) and AGLO 1979 No. 19.

(3) When one municipal officer’s spouse is appointed or elected as another municipal officer, the prohibitions at RCW 42.23.030 are not implicated because that is not an employment contract. As explained AGO 1996 No. 15:

[F]or purposes of RCW 42.23.030, there is a legally significant difference between a contract of employment and the holding a public office. Although an employee’s right to compensation may arise by virtue of a contract, a public officer’s right to compensation does not depend upon contract. Instead, it belongs to the officer as an incident of office.

So, for example, two spouses could serve simultaneously on a town council or one spouse could be appointed city clerk while the other spouse is serving on the city council.

Importantly, if one spouse is serving on a council or board that is making a hiring decision or renewing an employment contract that may benefit their spouse, it is not enough for the elected official to simply recuse oneself. The conflict exists regardless of whether the elected official votes on the contract. For more on this topic, see the MRSC blog, Conflict of Interest and the Spouse.

If it is not illegal (except when a spouse is hiring their own spouse or dependent), can a local government prohibit nepotism? Yes, and some do. In the State of Washington, all local governments have the authority to establish rules and regulations governing their internal operation, and this includes the ability to impose restrictions on the hiring of relatives.

Note, however, that pursuant to RCW 49.60.180 and under regulations adopted by the Washington State Human Rights Commission, it is an “unfair practice” and prohibited discrimination for an employer – local government or otherwise – to refuse to hire a person simply because his or her spouse is already employed by that employer, unless: a bona fide occupational qualification applies (see WAC 162-16-240); or the employer is enforcing “a documented conflict of interest policy limiting employment opportunities on the basis of marital status.” Per WAC 162-16-250, these include:

These circumstances above may also provide practical, business-related reasons for denying employment when family relationships other than marital are implicated.

Do you have some examples of local anti-nepotism policies?

Yes, here are a few examples from jurisdictions in Washington State:

For additional examples, see our Nepotism topic page or search for “nepotism” on our City Codes or  County Codes multi-code search tools.

Below are the questions that were posed in the opening paragraph. Click on each to reveal the answer.

Question 1: Can the parks director hire his brother as a lifeguard at the municipal pool?

If there is no local anti-nepotism policy, the parks director may hire his brother as a lifeguard at the pool.

Question 2: Can the county treasurer hire her spouse as an administrative assistant?

The county treasurer could hire her spouse as an administrative assistant only if the county has a population of 125,000 or less and the position pays no more than $18,000 a year, or if there was a separate property agreement between the treasurer and her spouse.

Resolving Financial Conflicts of Interest: Is Abstaining from Voting Enough?

The next Lacey city manager could earn as much as $250,000 a year in salary

Is there a conflict with Lodging Tax Advisory Committee (LTAC) members voting to support their organization’s application?