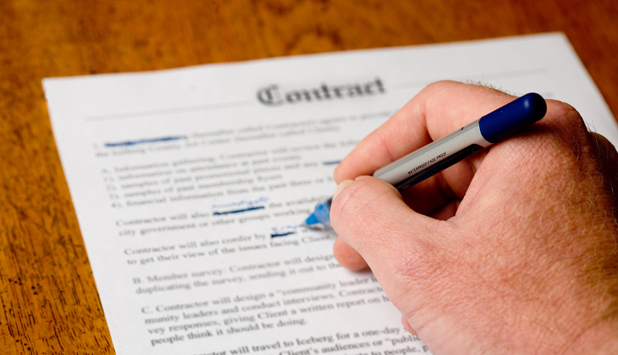 Editor's note: The original blog has been amended with a closing legislative update.

Both federal and Washington State law prohibit racial discrimination in real estate transactions, but for much of our nation’s history, discriminatory practices were commonplace. In particular the practice of “redlining” in Seattle and in other cities — combined with the pervasive use of discriminatory restrictive covenants — led to segregated neighborhoods.

Undoing the effects of these discriminatory practices has been an exceedingly slow and arduous process. Although the U.S. Supreme Court held that racially discriminatory restrictive covenants are unconstitutional and unenforceable in Shelley v. Kraemer, 334 U.S. 1, 9 (1948), the use of such covenants persisted in the decades that followed. It was not until the adoption of federal and state fair housing laws beginning in the late 1960s that discriminatory real estate practices were curbed. But such laws do not address the segregation that had already taken place and been memorialized in property records.

Discrimination can be hard to document when it is a function of a person’s (often unstated) opinions and attitudes. However, with respect to real estate transactions, it is painfully clear in at least one respect: County real property records contain all the information regarding transfers and covenants against properties located within the county. As a result, if a property has ever been subject to racially discriminatory covenants, then it is a matter of record with the county.

In 1987 the Washington State Legislature adopted RCW 49.60.227, giving property owners a process that allowed them to seek a court order under which discriminatory covenants could be “stricken” from the public record, including those in violation of RCW 49.60.224, which prohibits covenants that discriminate based on race, creed, gender, sexual orientation, or national origin, among other things. In 2018, the legislature then added an alternative process under which a property owner could file a “restrictive covenant modification document” that strikes the portions of a covenant voided under RCW 49.60.224. Such a document would include the following language referenced in RCW 49.60.227(2)(c):

How Should a Discriminatory Restrictive Covenant be “Stricken” from the Public Record?

In 2018 Alex May sued Spokane County to have a discriminatory restrictive covenant on property he owned “stricken” from the records of the Spokane County Auditor. The covenant was initially filed in 1953 (after Shelley v. Kraemer was decided) and it provided:

A previous owner had recorded a deed containing a condition stating that illegal discriminatory covenants were “deleted,” but that condition did not actually remove the discriminatory language from the original Spokane County real property records. Mr. May’s lawsuit requested that the illegal covenant language be physically excised from the Spokane County’s records. He argued that RCW 49.60.227(1), which calls for a court order, requires removal of the language from county records, even if the alternative process in subsection (2) — filing a restrictive covenant modification document — does not. As the court described the issue:

[W]hat does it mean for a court to order something stricken? Must the records custodian go through the original record and physically excise void provisions from the property record? Or is the court’s order sufficient to serve as a corrective document? [footnote omitted]

In a 2-1 decision, the Washington Court of Appeals showed sharply diverging views on this issue. For the majority, the language of the statute did not impose an obligation on the Spokane County Auditor to physically remove discriminatory language by altering the original document. It noted that under Washington case law, striking or expunging something does not entail physical destruction or alteration of the original. The Court of Appeals also justified its decision on policy grounds:

By its plain terms, RCW 49.60.227 provides a method for repudiating racially restrictive covenants while still preserving the historical record and integrity of a property’s chain of title. This balance makes good sense. Real estate documents with racially restrictive provisions are “offensive, morally reprehensible, and repugnant.” But such documents are part of “our living history.” [citation omitted] A policy of whitewashing public records and erasing historical evidence of racism would be dangerous. It would risk forgetting and ultimately denying the ugly truths of racism and racist housing practices. Such an outcome cannot be squared with the antidiscrimination purposes of Washington’s Law Against Discrimination. See RCW 49.60.010.

In dissent, Judge Fearing saw the issue much differently. Although the Thirteenth Amendment to the United States Constitution promised to abolish slavery and its badges and incidents, he noted this in the May dissent (481 P.3d at 1108):

As part of this nation’s enduring and endemic emblems of slavery, the ruling white caste impressed restrictive covenants on real property that excluded other races from owning and occupying favored land. Ghosts of these racial covenants continue to haunt the title to American real estate and trample the dignity of numerous ethnicities.

The legislature finds that some real property deeds and other written instruments contain discriminatory covenants and restrictions that are contrary to public policy and are void. The continued existence of these covenants and restrictions is repugnant to many property owners and diminishes the free enjoyment of their property. It is the intent of section 2 of this act [RCW 49.60.227] to allow property owners to remove all remnants of discrimination from their deeds. [emphasis added]

For the dissent, this language requires more than simply recording a new court order over a discriminatory covenant:

“Striking from the public records” means excising the cancerous covenant at its origin.

May v. Spokane County is a difficult case because it represents a collision between two fundamental concepts: the maintenance and preservation of county real property records and the historical legacy of structural discrimination in real estate transactions.

County real property records are intended to preserve documents that relate to ownership and encumbrances on parcels within a given county. The system was not designed to allow for edits or revisions to those original recorded documents. Amendments or revisions are instead reflected in separate, later-recorded documents that reference the original. On the other hand, the impact of discrimination in real estate transactions has been pervasive and profound. In RCW 49.60.227 the legislature provided property owners with the remedy of obtaining a court order “striking the void provisions from the public records and eliminating the void provisions” from title to the property. Does simply filing a piece of paper (a court order) on top of the prior records for a parcel carry out that directive? Two Washington Court of Appeals judges have answered the question with a “Yes.”

ARPA and public spaces: how cities are investing in places to live, work and play