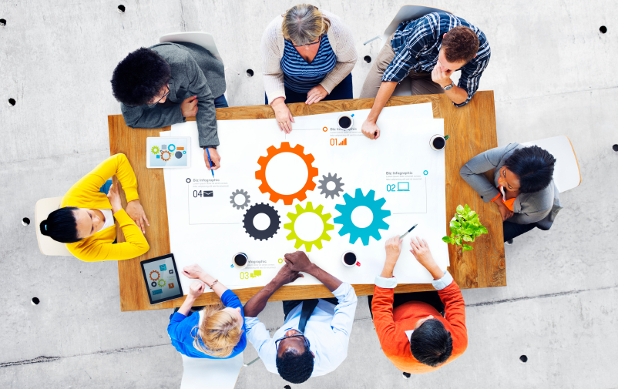 From the applicants’ perspective, the process is often confusing, time-consuming, and laden with puzzling costs. From the local government staffs’ perspective, reviewing land use applications is a detailed, often painstaking process. Improving these processes can be a win-win for everyone, but achieving this is “easier said than done.”

One tool that can help is the lean improvement process (often just referred to as “lean”). Developed by Toyota as a manufacturing process, lean has quickly taken hold in the government sphere as a systematic way to examine existing processes, identify choke points, and develop practical solutions. I researched three Washington local governments that used lean to improve their permitting processes - Redmond on its commercial permitting process, Renton its single family residence permitting system, and Kittitas County its building permit process. Their experiences provide some valuable insights into how others can go about improving their permit processes.

The key steps taken by the three jurisdictions to conduct their lean processes were:

1. Get the Right People Involved

When you begin your improvement project, getting people involved with a detailed knowledge of the local permitting process is critical. The project teams for the three local governments were made up of staff from different departments and included “front-line” staff members who often have the most direct contact with applicants. An extra benefit of the lean process is usually a strengthened sense of interdepartmental teamwork. In addition to a good mix of city employees, Redmond also invited two representatives from the developer/builder industry to participate at various points during the process.

One of the first critical steps is to identify what were potential problems and the desired outcome (as well as what works well, since one doesn’t want to inadvertently eliminate the successful aspects of the permitting process). Clearer timeframes, more predictability, and understandable fees/costs, while still maintaining strong customer service, were common goals among the three local governments. Kittitas County’s lean group even developed a “Needs Statement” at the end of the first day of their process to provide them with focus for the rest of their weeklong process.

Identifying each and every step in the existing permit process can be an illuminating exercise. In each of the examples I explored, the staff teams were amazed at the large number of steps that made up their processes. For example, Renton identified over 112 individual steps that were taken per each individual permit. Kittitas County and Redmond had similar lightbulb-turning-on experiences, which helped them to undertake the next step in the lean process.

All three jurisdictions identified where things tended to get bogged down in their processes. Submittal of incomplete applications was near the top of the list for both applicants and staff, which adds time and frustration as staff needs to review the application, send out the “red pencil” comments to the applicant, and then the applicant needs to revise the plans and resubmit them for further review. Long wait times at permit counters was another identified issue, which is especially irksome if a person is just looking for basic information about how the permitting process works. In addition, lack of coordination between departments is another concern that was often mentioned.

Once the sticking points in each permitting process were acknowledged, the next step was to identify activities that add value and improve efficiency.  One such action was better use of each permitting agency’s website for getting good information out to applicants, which will likely reduce the number of questions that staff are asked at the counter or over the telephone. To address the uncertainty about permit fees, for example, Redmond created an online Fee Estimator that allows applicants to enter their project information (such as construction type and size) and then see what fees will be required, their cost, and when they are due.

To reduce the number of permit application resubmittals, both Redmond and Renton focused on improvements to the pre-submittal stage. For its land use permitting, Renton emphasizes free pre-application conferences and pre-screening of applications to make sure applicants understand what is required by the city.

Flow charts and other materials detailing the permitting process help make it more comprehensible to applicants and reduce uncertainty about the steps involved in it. Kittitas County reduced its building permit application packet from 26 pages to 17 pages in length, in order to make it more user-friendly and understandable.

It is also important to emphasize a team approach to ensure that the various departments reviewing an application do so in a coordinated manner. Since completing their lean process, the Kittitas County staff team continues to meet and identify new improvements to their process (including an enhancement to their permitting software, which was developed in-house).

Once the lean process has been completed, it is imperative to not only implement the recommended improvements, but to track and measure effectiveness. Redmond’s pre-submittal improvements resulted in a 100% reduction in incomplete applications. Kittitas County reduced its average plan review turnaround time from 6-8 weeks down to 3 weeks. Renton is just starting to implement its lean process recommendations, but is expecting to achieve significant improvements.

In this day and age of tight budgets, increasing local capacity is a smart move. Undertaking a lean process can be intense, but the three highlighted communities illustrate it can be worth it in the end.

The results can be beneficial to all parties. “Time is money” for the development community, so steps to streamline the process will always be welcome. Process improvements also increase staff satisfaction and morale, since local government staff can spend their time more efficiently and in a manner that directly benefits customers. Making the permitting process more understandable and transparent also benefits those members of the general public who are curious about what development projects are being considered or under review.

The excellent work done by Redmond, Renton, and Kittitas County, are only three examples of permit streamlining efforts that have been done by many other local governments in Washington State. Please let us know about your permit streamlining/lean process projects, so we may highlight them in future blog articles.