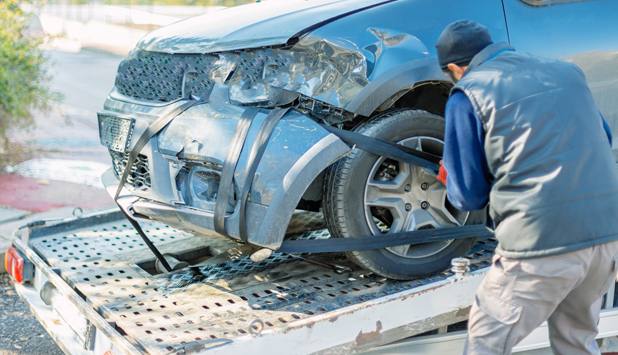 On October 12, 2016, the City of Seattle impounded a 2000 GMC 2500 Sierra truck owned by Steven Long from an unused gravel lot owned by the city. The truck was inoperable, had been on the lot for approximately three months, and had previously been tagged for violating Seattle’s prohibition on parking on city property or right-of-way in the same spot for more than 72 hours (SMC 11.72.440(B)).

Mr. Long lived in his truck and testified that he lived outside during the time his truck was impounded. He contested the impound at a hearing before a magistrate and explained that the vehicle was his home. The magistrate upheld the ticket and impound, since the vehicle had been parked in violation of city ordinances, but waived the ticket fee and reduced the impound fee from $946.61 to $547.12. Mr. Long did not have the money so he entered into a payment plan so that he could get his truck back. Had he not done so the truck would have been sold at auction.

On appeal to King County Superior Court, the court ruled that Washington’s Homestead Act (“Act”) (chapter 6.13 RCW) applies to vehicles that are used as residences. The court found that homestead status attaches to a vehicle from the time an owner starts using it as a residence and that filing a “declaration of homestead” is not required to invoke homestead protections. The court therefore struck down the impound charges and the resulting payment plan because they operated as a lien on Mr. Long’s residence. On June 29, 2020, the Washington Court of Appeals affirmed this aspect of the decision in the published decision of City of Seattle v. Long.

What are Homestead Rights? How Do They Apply to Vehicles?

Homestead is an important protection in Washington law, but it does not frequently intersect with municipal law. The purpose of the Act is to place qualifying homes, or portions of them, beyond the reach of judgments and creditors to prevent families from experiencing destitution and to promote the stability and welfare of the state. The origins of the Act are in the Washington Constitution, which provides (Article 19, Section 1): “The legislature shall protect by law from forced sale a certain portion of the homestead and other property of all heads of families.” The Act implements this directive and RCW 6.13.070 provides that real or personal property used as a residence “is exempt from attachment and from execution or forced sale for the debts of the owner up to the amount specified in RCW 6.13.030.”

Both sides in the Long case agreed that a vehicle could be subject to homestead protection. The disagreement was whether filing a declaration of homestead under RCW 6.13.040 is necessary to invoke that protection. The Court of Appeals concluded that homestead protections attached to Mr. Long’s truck automatically. Although the Act is ambiguous on this question, the Court of Appeals noted that: (1) homesteads are favored under Washington law and courts construe the Act liberally to protect family homes; and (2) the legislative history of 1993 amendments to the Act disclosed an intent for the automatic homestead protections to apply to people residing in their vehicles.

The Court of Appeals also found that the lien resulting from the impoundment pursuant to RCW 46.55.140(1) never attached to Mr. Long’s truck and that the sale (or threat of sale) of unclaimed vehicles at auction constitutes a “forced sale:”

While the City did not ultimately forcibly sell Long’s truck, it did withhold his truck under the threat of such a sale unless he agreed to pay the impoundment costs. Liberally construing the Act to achieve its purpose of protecting homes, we determine that this violated the Homestead Act. The City had no legal authority to make the threat to induce Long to enter a payment plan. Thus, we conclude the payment plan is void.

One thing to remember about the Long case is that it only addresses the disposition of vehicles after impound:

Our decision does not affect the City’s authority to tow and impound an illegally parked vehicle. Nor does it prohibit the City from charging a vehicle owner for costs associated with the towing and impounding of a vehicle. But if that vehicle serves as the owner’s principal residence, the City may not withhold the vehicle from the owner under the threat of forced sale.

This result creates a dilemma for municipalities. Under Long it appears that a municipality may hold a vehicle owner responsible for impoundment fees and costs, but the city (and by extension the tow company) can’t recoup those costs by selling a homestead vehicle. If a municipality can impound homestead vehicles but may not sell unclaimed vehicles, what should be done with those vehicles? There are no clear answers, but municipalities should evaluate their impound procedures in light of Long.

Municipalities Should Review their Impound Procedures

Municipalities should consider adopting policies that ensure that vehicles with homestead protections are not sold as part of the impound process. I reached out to some municipalities to find out how they are responding to Long. Here is what I found out:

Another issue for a jurisdiction to consider is what to do with vehicles that are inoperable or not claimed by their owners. Once a municipality is in possession of a homestead vehicle, it may be difficult to dispose of if the owner is not willing or able to drive it away. Additionally, there may be circumstances under which it is difficult to determine whether a vehicle is a homestead. That raises the possibility that a municipality may inadvertently sell a homestead vehicle if the owner does not promptly seek to redeem the vehicle.

Homestead rights are important, because for many people experiencing homelessness, the alternative to sleeping in a vehicle is sleeping outside. However, from a practical standpoint, Long creates a lot of uncertainty with respect to municipal impound practices.

Long is, in my opinion, part of a trend in which courts are taking the pervasiveness of homelessness into account in their decisions. Examples of other cases include Martin v. City of Boise (Ninth Circuit, restricting enforcement of certain types of anti-camping and sit-lie ordinances), City of Lakewood v. Willis (Washington Supreme Court, striking down ordinance restricting solicitation of aid); State v. Pippin (Washington Court of Appeals, finding that law enforcement needs a warrant to search an unauthorized encampment on public property); and Desertrain v. City of Los Angeles (Ninth Circuit, striking down ordinance prohibiting use of vehicles for habitation in city right-of-way). This trend should be considered when adopting legislation or policies that will impact people experiencing homelessness.

Tiny Houses as a Workable Option to House the Homeless