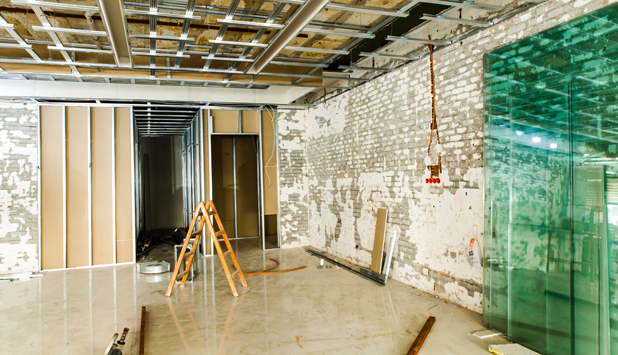 As part of MRSC’s Local Climate Response Project, we are inviting guest authors to share options and ideas for local climate action related to preparing for and adapting to the impacts of climate change. This blog focuses on building electrification to reduce greenhouse gas emissions. A future blog will look at how utility providers can prepare for the impact of increased electrification on grid capacity.

In 2019, Berkeley, California, made history in a surprising way: the city became the first in the country to require new buildings to be all-electric. Since then, 52 local jurisdictions in California have passed similar policies to phase out fossil fuels and instead require the use of electricity to heat and cool buildings — primarily through highly-efficient electric appliances like heat pumps and induction cooking.

Cities and counties in Washington have started to act on reducing emissions from buildings as well. In February 2021, Seattle became the first jurisdiction in the state to eliminate most uses of fossil fuels in new commercial and large multi-family buildings (over four stories). Shoreline passed a similar policy last week, and Bellingham and King County are expected to follow shortly.

These policies and those from other states can provide valuable lessons learned for local governments on how to address emissions from buildings to meet our climate goals and protect our health and safety, and how the policy solutions can help cut costs and create new jobs.

We’re used to thinking of transportation as the major source of greenhouse gas emissions that cities and counties need to address, but buildings are the fastest-growing source of carbon in Washington, largely because of the use of natural gas for heating and cooling. Washington’s 2021 State Energy Strategy found that electrifying all of our buildings would be the most cost-effective way to meet our statewide climate goals of achieving 95% reduction in greenhouse gases (compared to a 2005 baseline) by 2050.

These health and safety risks are also disproportionately borne by vulnerable and underserved communities. Gas extraction from fracking and the distribution of gas through pipelines largely takes place on or near tribal or First Nations lands, compounding risks to indigenous communities for air pollution, water contamination, and overuse of water. Black, Latinx, and Asian people, as well as people with lower socioeconomic status, have higher risks of death from particle air pollution, in part due to the historical impacts of segregation and redlining that have led communities of color to be pushed to live in places with greater exposure to air pollution.

The Benefits of Electrifying Buildings

The good news: transitioning to all-electric buildings can help solve these problems and more. Electric heat pump technology is highly energy-efficient, provides robust heating even in cold-weather climates, and also includes cooling benefits during hot summers and days where we’re increasingly burdened by wildfire smoke. Many Washingtonians — especially low-income Washingtonians — don’t currently have access to air conditioning or cannot afford to run it during the summer.

All-electric buildings can also save costs for builders and tenants. In Seattle, an all-electric home saves $4,300 in lifecycle costs over a 15-year period. Requiring clean new buildings will also prevent an unnecessary expansion of gas infrastructure that poses a risk of stranded assets in the future, given that new buildings constructed with natural gas infrastructure will last for over 50 years. Research also shows that economy-wide electrification will result in a net increase of jobs — California would see 100,000 new jobs per year, scaled for population, and Washington could expect similar rates. A fossil fuel workforce transition study prepared for the City of Seattle found that clean energy jobs pay more on average than fossil fuel jobs, and that many existing fossil fuel workers have transferable skills to the clean energy sector.

What Can Governments Do?

State policy can support local jurisdictions to act on buildings without facing too many barriers. For example, while costs to local governments may be minimal for policies that address new buildings, prioritizing the equitable transition off fossil fuels for existing buildings in vulnerable communities will likely require funding support. Utilities and local governments will also need to ensure that the electric grid can support more customers. Washington’s 2021 State Energy Strategy has anticipated this and requires planning for additional load growth, and because heat pumps are replacing not only gas but also lower-efficiency electric resistance furnaces, building electrification should not cause undue burden.

There are a number of different policy models and examples that local jurisdictions in Washington can build on to begin the shift to all-electric buildings, including:

This year, both Seattle and Shoreline have implemented updates to their commercial energy codes that reduce greenhouse gas emissions from new commercial and large multi-family buildings. For more information, see Seattle’s Ordinance 126278 and Ordinance 126279; Shoreline’s Ordinance 948; or contact Kathleen Petrie for model codes from the Regional Code Collaborative.

One approach to electrifying existing homes could be to implement a managed transition off gas at a neighborhood level — that is, conducting government-financed clean energy retrofits to all buildings in a particular neighborhood simultaneously. This would allow local jurisdictions to focus the biggest investments on neighborhoods with vulnerable populations, such as areas with high levels of pollution; historically Black, Indigenous, or POC neighborhoods; low-income neighborhoods; and so on, and it also allows gas distribution pipelines to be decommissioned on a larger scale. For more information, see The Flipside Report: Targeted Geographic Electrification in California’s Gas Transition from the Building Decarbonization Institute.

Outside of Washington, the City of Ithaca, New York, recently announced it would move towards 100% building decarbonization through a partnership with a clean energy retrofit company. For more information, check out the Carbon Copy podcast Ithaca’s novel plan to eliminate carbon from buildings.

Local governments can also learn from each other by participating in regional working groups that offer space for staff and elected officials to share information, brainstorm, and troubleshoot policy and implementation solutions together. Here are examples of existing cross regional partnerships:

Local jurisdictions in Washington can lead on climate action by implementing policy solutions to move towards all-electric buildings that reduce our carbon impact, protect our health and safety, cut costs for customers, and create green jobs.

Deepa Sivarajan, is the Washington Policy Manager at Climate Solutions, where she works to advance policies that will facilitate an equitable and just shift to clean energy in Washington, with a focus on addressing greenhouse gas emissions from buildings. She also currently serves on the Seattle Green New Deal Oversight Board and the Seattle Parks District Oversight Committee.

Deepa is writing as a guest author. The views expressed in guest columns represent the opinions of the author and do not necessarily reflect those of MRSC.

Does MRSC have any information about regulating gas-powered leaf blowers?