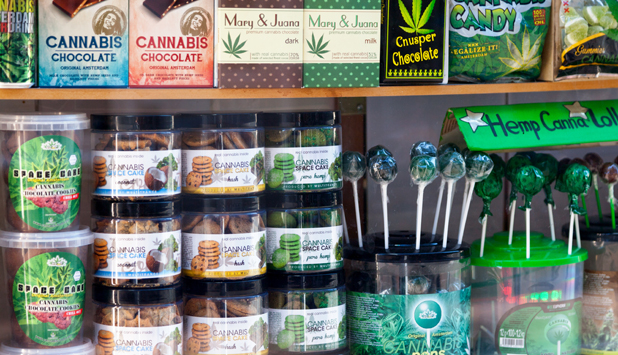 In this article, let’s look at the cannabis industry from the perspective of government. Here are 10 things to know about what’s new with cannabis.

Our state’s legal cannabis revenues already exceed $1 billion per year.  According to the Liquor and Cannabis Board (LCB) dashboard website, since legalization more than 500 retail business licenses and about 1,000 producer and/or processor licenses have been issued.

Local governments allowing cannabis businesses share in the taxes collected. Local control continues with 79 city and county bans/moratoria in effect. The appellate courts have confirmed the authority to impose and maintain these local bans. Some local governments are considering whether to lift these bans; others will likely remain closed for cannabis business indefinitely. State-issued cannabis licenses are valuable even in jurisdictions with bans, based on speculation that a ban will eventually be lifted. See, for example, the recent news coverage, It’s Pasco’s Turn to Rethink Its Marijuana Ban (Tri-City Herald 1/19/19), reported that a 51% share of one of four state retail licenses in Pasco (a city with a cannabis moratorium) was reportedly sold for $200,000.00.

There are many new bills before the legislature this year addressing cannabis. They include:

Governor Jay Inslee announced a Marijuana Justice Initiative at the Washington State Cannabis Summit, which was held on January 4, 2019 in SeaTac. This initiative provides an expedited process for issuing pardons to persons with a single-state law misdemeanor conviction for adult possession.

4. LCB Safety for Edibles and Enforcement

The state Liquor and Cannabis Board (LCB) has proposed stricter regulations for edible products containing marijuana, such as sweets and snacks, to make them less colorful and potentially less attractive to children. In addition, there is likely to be more enforcement by the LCB of illegal cannabis activities.

5. More States on the Cannabis Bandwagon

Michigan, Missouri, and Utah are the newest states to adopt legalized marijuana. So far, 33 states and D.C. have legal medicinal and/or recreational marijuana. Here is a link to a map of the US, maintained by the National Cannabis Industry Association, with information on each state’s policies, revenues, and regulations. Ten states, including ours, have legalized adult recreational use. New Jersey might be on deck to be number eleven.

Federal legislation pending before Congress would give states the freedom to legalize marijuana without federal controls. The bill is called the “Strengthening the Tenth Amendment Through Entrusting States Act” (STATES Act). This and similar federal bills now pending would either federally legalize cannabis or delegate to the states the power and authority to regulate this industry.

The 2018 Farm Bill was signed by President Trump on December 20, 2018. One of this law’s many provisions provides that hemp is now regulated as part of the agriculture industry and is no longer included with marijuana on the federal Schedule 1. This new federal legislation provides that any cannabinoid (CBD) that is derived from hemp will be legal, if produced consistent with the Farm Bill, associated federal regulations, association state regulations, and by a licensed grower. Any other CBDs, produced in other settings, will remain an illegal Schedule I substance under federal law. The Farm Bill does not impact cannabis operations under state programs. These remain technically (and actually) illegal under federal law.  There is speculation that the Farm Bill hemp policy reforms will lead to federal cannabis policy reforms.

Epidiolex is the first-ever prescription medication derived from marijuana to be approved by the FDA. Epidiolex treats two rare forms of epilepsy in children. Other than hemp, this is the only exception so far to the federal listing of marijuana as illegal.  I believe more pharmaceutical-grade, CBD-based medications are likely to win FDA approval in the future.

Marijuana is now legal throughout Canada, effective October 17, 2018. Some regulations such as minimum age, where to purchase, and possession amounts are left to each province to decide. Canada has authorized private retail businesses, government owned stores, online and by telephone businesses. Might this action north of the U.S. influence the U.S. federal ban? In the meantime, regardless of where it is purchased, cannabis may not be transported across federal borders.

10. The NFL and Super Bowl Commercials

It will be interesting to see how the legal landscape continues to change for legal marijuana including whether it will make the cut for commercials during 2020’s Super Bowl LIV (54) in Miami. Go Seahawks!

Taking stock of WA state’s decade of legal cannabis, and what to expect next

Our city initially banned cannabis sales when it was legalized in WA State. My understanding is that means we cannot receive any tax revenue from cannabis sales. If our city lifted the ban, would we be eligible to receive revenue from state sales, even if we did NOT have a cannabis business in our city?

Cannabis in the Workplace FAQs