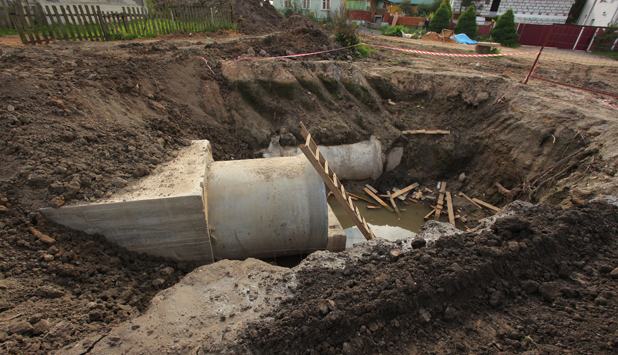 On December 5, 2019, the Washington Supreme Court ruled that King County has authority to impose a “franchise compensation” charge for use of its right-of-way by both private and public utilities.

On November 7, 2016, King County passed Ordinance 18403, a first-of-its-kind ordinance that requires utilities to pay for their ability to use the county’s right-of-way for placement of utility infrastructure. The county called this payment a “franchise compensation” and looked at it as akin to an annual rent charged for use of its right-of-way. This payment would be in addition to payment of any administrative costs associated with the grant of a franchise. The money raised would go to King County’s general fund, with an estimated annual revenue of about $10 million.

What Is a Franchise?

A franchise is essentially a negotiated contract with a public or private entity for use of right-of-way. Cities, counties, and the state Department of Transportation (WSDOT) regularly enter into franchises with private companies and with other public agencies — granting them the right to use the public rights-of-way for installation, maintenance, and repair of their facilities. These facilities may include underground pipes and conduits or above-ground cables and lights on poles. See this MRSC Insight blog post for more on franchises.

State law explicitly authorizes the ability of cities and counties to enter into franchises. A county, for example, may grant franchises for the use of a right-of-way for the construction and maintenance of “waterworks, gas pipes, telephone, telegraph, and electric light lines, sewers and any other such facilities.” See RCW 36.55.010. Note that franchises are distinct from easements, which are a form of property right.

What Did the Court Decide?

The water-sewer districts and private utilities argued that King County’s franchise compensation requirement was an unlawful tax. The Supreme Court ruled the charge was not a tax but rather a bargained-for amount allowing a utility to make use of right-of-way (“a valuable property right”) for the operation of the utility. Importantly, the Supreme Court noted that the issuance of a franchise is discretionary (i.e., a county may grant a franchise to a utility but it does not have to). If granted, a franchise’s terms are negotiable.

The water-sewer districts and private utilities also argued that the county lacked statutory authority to charge for the use of right-of-way. The Supreme Court disagreed. King County is a home rule county with broad legislative authority. With this authority, the issue is not whether state law explicitly authorizes the franchise compensation, but whether there is anything in state law that would prevent it from imposing such a charge. The Supreme Court determined there is no conflict between either the state statutes or the state constitution that would prevent the county from charging the franchise compensation.

The Supreme Court looked at state law provisions (RCW 47.44.020 and RCW 35.21.860) that prohibit WSDOT as well as cities and towns from imposing franchise fees on certain types of utilities (with limited exceptions). No similar limitation is imposed on counties. In addition, case law and municipal treatises have concluded that a county (whether home rule or not) may require compensation for use of rights-of-way unless prohibited by statute.

Finally, the water-sewer districts claimed that their authorizing statutes — specifically RCW 57.08.005(3) and (5) — grant them authority to operate and maintain their water and sewer facilities in public highways, roads, and streets without a franchise agreement or associated fee. The Supreme Court disagreed, holding that while they may use these rights-of-way to operate, they may only do so with permission from the county. If there is a charge associated with the franchise, the districts have express statutory authority to obtain and pay for any property rights and charges necessary to operate.

Franchises for use of county rights-of-way

This ruling could impact counties and entities operating utilities within county rights-of-way. Other counties could follow King County’s lead and adopt an ordinance imposing a fee for use of their rights-of-way. In turn, a special purpose district or other entity operating a utility may be required to pay a fee as part of its franchise agreement. Note that a county could not impose a fee where a special purpose district’s authorizing statute explicitly prohibits such a fee for use of right-of-way (see, e.g., RCW 35.58.330 regarding metropolitan municipal corporations’ use of right-of-way).

One open question is whether all counties — not just home rule counties — share the authority to charge a fee for use of their rights-of-way. There is support for this in the Supreme Court’s majority opinion, although two justices signed a concurring opinion suggesting the court’s majority should have limited its analysis to the statutory analysis. This concurring opinion noted there was sufficient statutory basis for concluding all counties have authority to impose this fee and that the majority opinion’s analysis related to home rule authority was unnecessary and potentially confusing.

Franchises for use of city and town rights-of-way

As discussed above, state law already limits the ability of cities and towns to charge franchise fees for use of their rights-of-way for certain types of utilities (e.g., light and power, gas distribution, telephone, and service providers). What’s unclear is whether cities may now charge franchise fees in excess of administrative costs for utilities where there is no express statutory prohibition against fees — such as for water or sewer utilities.

The Supreme Court distinguished a Court of Appeals case reviewing the legality of the City of Lakewood’s franchise fees for Pierce County’s use of the city’s right of way for sewer lines. See City of Lakewood v. Pierce County, 106 Wn. App. 63 (2001). In that case, the court upheld the city’s franchise fee, however that fee was limited to recovering the administrative costs of the franchise. In dicta, the court stated it would have held the fee was an unlawful tax if it had exceeded the administrative costs (i.e., if it was intended to raise revenue). The Supreme Court declined to follow the dicta of the City of Lakewood court, holding that just because a fee might exceed the administrative costs does not mean it is an unlawful tax. This leaves open the possibility that a fee similar to King County’s franchise compensation could be lawfully charged by cities in some circumstances, as well.

I recommend that all public entities that may be party to a franchise agreement consult with their attorneys to determine how this ruling may affect their unique circumstances.

Unpopular but Necessary: What Exactly Is an Essential Public Facility?

Are there any restrictions to shutting water off in the winter?