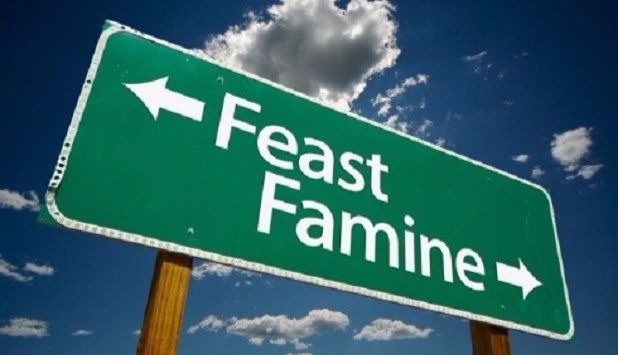 For many counties and cities, especially smaller jurisdictions, the past decade has been a financial roller coaster. Layoffs, reductions in services, cutbacks in services, and deferral of necessary capital maintenance and improvements has characterized the budgets of many local governments during the early years of the economic downturn.

Now that the economy has improved, many counties and cities are endeavoring to reestablish pre-recession service and expenditure levels. The compelling question is that of whether this is a prudent fiscal strategy.

City and county officials find themselves on the horns of a political dilemma. On the one hand, they often have constituents who not only want sustainable services but also expect the government to respond to a changing/enhanced demand for services. On the other hand, a jurisdiction’s resources is often tied to the economic cycle and, in many cases, to state and federal intergovernmental revenues.

Further exacerbating the dilemma is the reality that governmental service costs are directly impacted by inflation, legislative mandates, and for smaller governments, the absence of economies of scale. Adding to the problem is the reality, especially for counties, that the 101% property tax limit significantly reduces the growth of their major revenue source; the property tax.

A New Approach to Budgeting: Measuring Your Fiscal Health

For most local governments, adoption of a budget is an annual exercise through which forecasted revenues are used to determine spending levels, irrespective of the economic cycle. That’s to say, in periods of economic growth services are expanded and during the downturn they are contracted. This is the proverbial roller coaster.

If the jurisdiction has been fortunate to either have a budget stabilization fund or substantial beginning cash balances, those resources can be relied upon to sustain services to a limited extent during periods of declining revenues. However, this may be a short-term solution to a greater problem: that being the inability to develop a budgetary system characteristic of the overall fiscal health of the jurisdiction.

Develop an Understanding of Your 3-5 Year Fiscal Condition

While this may sound daunting for smaller counties and cities, every jurisdiction should have a “best case, worst case, and expected case” forecast of revenues and expenditures for a 3-5 year period. Such forecasts look at anticipated revenue sources and factors impacting those sources (e.g. economic conditions), as well as expenditure “drivers.”  Necessary capital maintenance and improvements should also be included.

Having recently completed such a study for a smaller county, this type of analysis can be very straightforward and provides beneficial guidance in preparation of the budget.

While there are an array of elements collectively used to measure a jurisdiction’s fiscal health, the key ones are:

Growth in revenues exceeding expenditures – Controlling expenditures during periods of erratic revenue growth should be a goal of all jurisdictions. It's a sign of declining fiscal health when a county or city relies on inter-fund transfers or borrowing to sustain ongoing services.

Good fiscal management – Fiscal health requires strong governing authority oversight of the budget throughout the fiscal period and the ability to take corrective action when the need arises.

While the above criteria are only a few of those used to evaluate the fiscal health of counties and cities, they are nonetheless key ones utilized when determining whether a jurisdiction is on sound financial footing, able to sustain expenditures, and ready to meet its fiscal needs throughout an economic cycle.

If a jurisdiction wants to avoid going over the fiscal cliff, the best defense is to develop a multiyear forecast of anticipated resources and expenditures.

If you have questions about this topic or other local government issues, please use our Ask MRSC form or call us at (206) 625-1300 or (800) 933-6772. If you have comments about this blog post or other topics you would like us to write about, please email the MRSC Insight editors.

Stan Finkelstein wrote for MRSC as a guest author for several years, and he also served as the Executive Director for the Association of Washington Cities from 1990 to 2009.

When One Budget Closes Another One Opens (But Where’s the Cash?)