Autonomous Vehicles: Coming to a Neighborhood Near You? 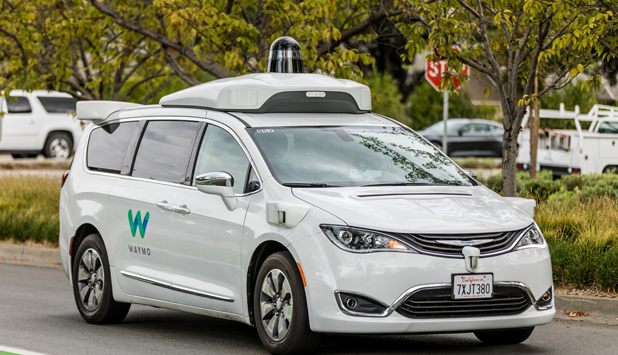 “If I had asked people what they wanted, they would have said faster horses.”
--Attributed to Henry Ford (but probably not actually said by him)

We are beginning to experience a major transformation of our transportation system. Electric and hybrid vehicles have been around for a few years. Rideshare/ride-hailing services, such as Uber and Lyft, are gaining in popularity by leaps and bounds. E-commerce has become commonplace, with people increasingly ordering goods online. And now we are hearing more and more about self-driving cars, called autonomous vehicles (AVs).

AVs are already being tested in different parts of the U.S., such as Pittsburgh and San Francisco, with “safety engineers” onboard to address any issues that may arise. The City of Chandler, a suburb of Phoenix, already has autonomous minivans being used without a driver on board. Governor Jay Inslee recently signed an executive order supporting the safe testing and operation of AVs in Washington State.

While you might view it as only a large city issue, many experts are viewing the advent of AVs as being far-reaching and as revolutionary to our transportation system as was Henry Ford’s Model T in the era of horse-drawn carriages. As a result, local governments should be starting to think about how to prepare for this shift.

When Will Self-Driving Vehicles Replace Drivers?

AV technology won’t be in most private vehicles for many years to come, particularly given the high cost of installing AV technology in an automobile (one estimate pegs it at the equivalent cost of the vehicle itself). Instead, you will likely first encounter an AV in a rideshare situation. In that case, the cost can be justified by the constant use of the AV rideshare vehicle and the cost savings from not having to pay a driver.

The true breakthrough will occur, however, when the three technology-based changes – AVs, hail-sharing, and electric vehicles – are integrated together. When that happens, it is expected that people will focus more on mobility (i.e., how we will move from one location to another), vs. our current transportation emphasis on car ownership. Under that future scenario, it would be more convenient and cheaper to rely on AV rideshares than to own your own car.

One benefit of AVs will be improved safety, due to a reduced number of car accidents, injuries, and deaths. Another benefit will be increased mobility for certain populations who cannot drive cars, such seniors, young people, and people with disabilities.

On the other side, the convenience of AV rideshares may actually cause traffic congestion to increase and reduce the number of people using public transit. This possibility may increase air pollution, unless there is a shift to electric, shared AVs. Also, an increase in the use of AVs will have a negative job effect on people earning a living as rideshare and long-haul/local freight delivery drivers.

In some cases, the increase in AVs could be either positive or negative, depending on your perspective. Take residential development patterns, for example. It may be more convenient to move further out from work in a larger city, since commuting time in an AV may be used for work, play, or socialize. On the other hand, AV ridesharing is expected to make it easier and cheaper to move around in a highly urbanized area, making city living more attractive.

What Should Local Governments Do?

While a few cities have begun to think about AVs, most local governments in Washington have not yet started to contemplate the potential impacts on their communities. Here are some issues that you should consider:

Manage curb space. Increased rideshare and delivery of goods (e.g., from online retailers like Amazon) are already impacting how existing roadways and curb space are being used. Pick up/drop off congestion from rideshare and freight delivery drivers can negatively impact other users, like pedestrians, cyclists, and auto drivers who are blocked by double-parked rideshare and delivery vehicles temporarily stopping in a crosswalk, bicycle lane, or vehicle travel lane.

Increased attention should be focused on prioritizing and managing the use of curb space, especially in high activity areas like downtowns. Right now, ridesharing and e-commerce deliveries are based on “free use of the curb.” But that traditional approach may need to change. For example, in high use areas, local governments could designate a specific section of each block for short-term pick-ups and drop-offs, instead of allowing them everywhere.

Charge rideshare & AVs for use of roads and curbs. Some cities are already charging fees on ride-hailing (and taxi) services to raise revenues that can be used to pay for transportation improvements and other important local needs. For example, Portland (OR) assesses a 50-cent fee on ride-hailing and taxi trips, which has already added more than $8 million to the city’s coffers.

Prioritize transit. In most urban and suburban settings, buses move people more efficiently than cars. Communities with robust transit systems should prioritize public transportation with “bus only” lanes, signal prioritization, or other methods.

Partner with companies to incorporate AV technology within the ROW. For AV ridesharing to work well, there will need to be “transmitters” to allow the AVs to communicate with each other and help identify local driving conditions. This type of real-time data will likely be enhanced by sensors and transmitters embedded in the roadway or located elsewhere in the public right-of-way (ROW). Bellevue’s Intelligent Transportation Systems collects traffic data, which could prove to be useful in helping AVs navigate that city’s street network.

Reduce the amount of land needed for parking. This step will be possible when shared AV use reaches a level where significantly fewer people drive themselves to work, etc. Less on-street parking will be needed, and the demand for on-site parking will be reduced. This will allow parking lots and structures to be repurposed to other uses, resulting in the more productive use of that land (which will also result in increased property tax revenues). One step for local governments to consider would be reduced parking standards.

Different uses of the street ROW. AVs will allow for a more efficient use of the existing street system. As a result, less of the ROW will be needed to accommodate cars, which will allow for more people-oriented uses. Sidewalks could be expanded, bike lanes added or expanded, and landscaping areas increased, to name just a few possibilities.

Widespread AV use may seem too futuristic to seriously contemplate, but this technology is developing rapidly. Many companies and transportation experts expect the transition to happen within the next 20 years, and you will be able to take a ride in a self-driving rideshare vehicle much sooner than that. It will be better for local governments to begin preparing for this future now and think about how benefit from it, instead of being taken by surprise.

If you have had questions or comments about this blog post, please leave a comment below or contact me directly at sbutler@mrsc.org. If you have questions about other local government issues, please use our Ask MRSC form or call us at (206) 625-1300 or (800) 933-6772.

Do you have a list of all of the Washington State Councils of Governments (COGs)?