Contracting – Some General Principles for Counties 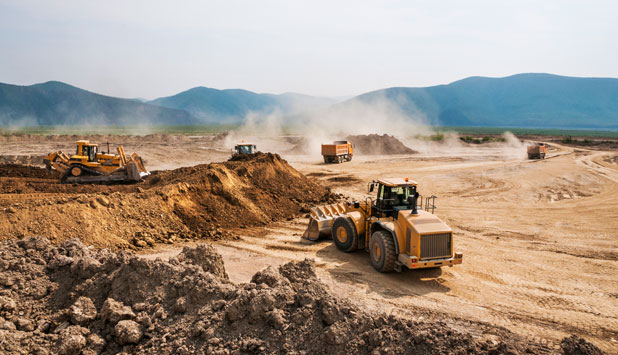 In the 2015 blog, Contracting – Some General Principles for Cities, I discuss how cities contract.  Although there are some similarities between the rules for cities and counties, given the structure of county government, there are also some important differences. This blog discusses how counties contract.

While it is clear that county commissioners have general authority over county funds, the state Supreme Court has indicated that other county elected officials have authority to contract, provided the contracts are within their departmental budget allocation.

In the case State ex rel. Taylor v. Superior Court of King County, 2 Wn. 2d 575, 582 (1940), county elected officials sought the ability to purchase office supplies for the maintenance of their departments. County commissioners maintained that purchases had to be made through the county purchasing office, but the Court disagreed:

AGO 1952 No. 394 echoed the Taylor decision. The Attorney General opined that a sheriff can obtain a vehicle for the purpose of carrying out his duties as an elective official without the consent of county commissioners if the purchase is within the budget allowance made to the sheriff's office by the county commissioners.

Contracting for Services and Leases

Does the same analysis apply to other contracts, such as for services or leases? Yes, the same general considerations apply.

In the case Miller v. Pacific County, 9 Wn. App 177, 178, review denied 82 Wn. 2d 1012 (1973), the county commissioners budgeted funds to allow the prosecutor to maintain an office outside the county seat. Later, however, the commissioners notified the prosecutor that they would not pay any more money for the outside office and that they would decline to pay for any more expenses for that office. The court explained and held:

[T]he issue is simply -- absent a formal revision of the prosecutor's budget, do the county commissioners have the power to refuse to approve those expenses, not otherwise invalid, which the prosecutor has incurred by reason of the operation of an office in Raymond? We hold that they do not.

It is well settled that the commissioners do have the authority to appropriate funds to establish an additional office for the prosecutor elsewhere than at the county seat. State ex rel. Becker v. Wiley, 16 Wn.2d 340, 133 P.2d 507 (1943). For the purposes of this opinion, we will assume (but do not decide) that the converse of this proposition is also true -- that the commissioners may, by refusing to budget for expenses of an office in another community, restrict the office facilities of the prosecuting attorney to a location within the county seat.

The issue in the case at bench narrows, therefore, into whether or not the act of the commissioners -- informally notifying Mr. Miller that they decline to provide any further funds to maintain his Raymond office -- constitutes a "revision" of the prosecutor's budget within the contemplation of the proviso of RCW 36.40.100. To state the proposition in this manner is to answer it. County commissioners exercise their greatest degree of control over other elected county officials through their authority to adopt a county budget. That is undoubtedly one of the reasons why the legislature has surrounded that authority with due process requirements -- specificity of timing and notice of hearings, formality of the adoption procedure, and relative finality after adoption. RCW 36.40.010 through 36.40.080. It would be totally inconsistent with the formalities imposed by the budgetary act (except possibly in a true emergency) to permit an indirect attack upon the finality of the county's budget after its formal adoption.

Thus, while much of the county’s contracting resides with the commissioners, once budget decisions and allocations have been made, other elected officials possess the authority to contract, provided the contract is consistent with budget decisions.

One caveat: in our opinion, concern interlocal agreements. These are contracts that may only be approved by the board of commissioners.

RCW 39.34.080 provides that "public agencies may contract with any one or more other public agencies to perform any governmental service." ‘Public agency’ is defined in RCW 39.34.020(1) as "any agency, political subdivision, or unit of local government of this state including, but not limited to, municipal corporations, quasi municipal corporations, special districts, and local service districts; any agency of state government."

It is our opinion that approval by the board of county commissioners is necessary for a valid interlocal agreement. RCW 36.01.020 states that the county's "powers can only be exercised by the county commissioners, or by agents or officers acting under their authority or authority of law." Furthermore, RCW 39.34.030(2), part of the Interlocal Cooperation Act, states in relevant part:

Any two or more public agencies may enter into agreements with one another for joint or cooperative action pursuant to the provisions of this chapter . . . Appropriate action by ordinance, resolution or otherwise pursuant to law of the governing bodies of the participating public agencies shall be necessary before any such agreement may enter into force. (Emphasis added)

That bold language is pretty clear as to requiring governing body (board of county Commissioners) approval or delegation by the governing body of that approval.

If you have questions about this or other local government issues, please use our Ask MRSC form or call us at (206) 625-1300 or (800) 933-6772. If you have comments about this blog post, please comment below or email Paul Sullivan at psullivan@mrsc.org.

Paul worked with many local governments and authored numerous MRSC publications on local elections, ordinances, and general local government operations in his many years at MRSC. He is now retired.
VIEW ALL POSTS BY PAUL SULLIVAN
MoreHide

Contracting for Services - Guidelines for Local Governments in Washington State