What Constitutes a Serial Meeting under the OPMA? 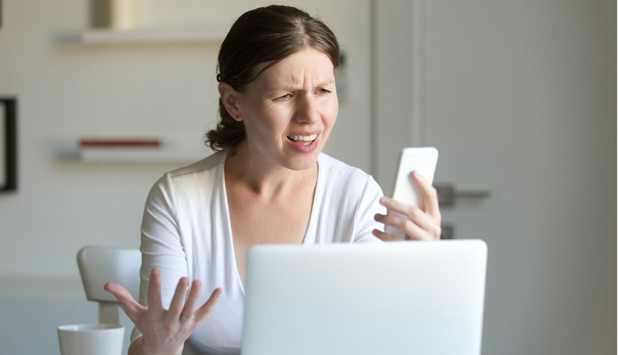 The concept of “serial,” “rolling,” or “chain” meetings under the Washington Open Public Meetings Act (OPMA) is not new, but the dangers of serial meetings that violate the OPMA have expanded over time with the advent of new forms of communication. This blog article will review the basics of serial meetings and recent developments in case law.

A serial meeting occurs when a majority of members of a governing body have a series of smaller gatherings or communications that results in a majority of the body collectively taking action even if a majority is never part of any one communication. Such a meeting violates the OPMA because it amounts to taking “action” — as defined in RCW 42.30.020(3) — outside an open meeting. Serial meetings can occur with or without technology, but the range of communication options available nowadays to members of a governing body increases the risk.

The Basics of Serial Meetings

One of the earliest cases addressing serial meetings is Wood v. Battle Ground Sch. Dist., 107 Wn. App. 550, 27 P.3d 1208 (2001), which involved a five-member school district board. Shortly after three newly elected board members took the oath of office, they exchanged a series of emails between themselves and the other two members about the superintendent’s job performance. The Court of Appeals noted that the emails involved the active exchange of information and opinions between members as opposed to the “mere passive receipt of information,” which, by itself, would not be a violation of the OPMA.

Under RCW 42.30.120, a member of a governing body who knowingly violates the OPMA is subject to a civil fine of $500 for the first violation and $1,000 for each violation thereafter. In Wood, the court noted that although the defendants submitted declarations stating they did not know their emails violated the OPMA, at least one member raised OPMA concerns in the emails themselves. It should be noted that Wood was decided before the adoption of OPMA training requirements for elected officials in RCW 42.30.205.

The Washington Supreme Court later confirmed that a serial meeting requires a “collective intent to meet” by the participants in the case Citizens Alliance v. San Juan County, 184 Wn.2d 428, 359 P.3d 753 (2015). The court found that an email and telephone exchange that included a majority of county commissioners was not a violation of the OPMA when there was no indication that the commissioners were aware that the communications included a majority of the governing body.

Concerns about serial meetings arise when the communications, viewed as a whole, are between a majority of the governing body and amount to action under the OPMA. A more recent case, City of Seattle v. Kaseburg, 13 Wn. App. 2d 322, 467 P.3d 115 (2018), clarifies that communications between individual councilmembers and members of the broader community do not trigger serial meeting concerns. Since these were emails between individual councilmembers and the public, there was no evidence in Kaseburg that a majority of the governing body communicated with each other or took action outside an open public meeting.

In September 2020, the Washington Court of Appeals decided Egan v. City of Seattle, 471 P.3d 899 (2020), a case that illustrates the potential complexity of serial meeting scenarios. In Egan, the plaintiffs alleged that the repeal of a recently-adopted employee head tax violated the OPMA because the decision to do so was the result of a serial meeting.

The case details over two dozen communications between individual councilmembers as well as city staff during a three-day period leading up to repeal of the head tax. Those communications included:

In addition, as part of its opinion, the court included a copy of a vote tally sheet prepared by an aide to one of the councilmembers.

The court found that the in-person meetings, e-mails, phone calls, and text messages between and among the city council members could constitute a “meeting” under the OPMA if there was evidence that at least five members (a majority of the nine-member Seattle City Council) participated in and were aware that four others were participating in conversations about repealing the head tax. Under this test, none of the communications during the first two days constituted a “meeting” because there was no quorum participating in any of these communications and no evidence that any councilmember was aware of the communications between other councilmembers and with members of the mayor’s staff.

However, the press release issued on the third day raised the possibility there was a serial meeting in violation of the OPMA. A draft of the release reviewed and agreed to by seven of the nine councilmembers stated:

We heard you. It is time to hit reset. This week, instead of prolonging a fight, we are moving forward with legislation to repeal the current tax on large businesses to address the homelessness crisis – this bill has the support of a majority of the City Council. [emphasis added]

The final press release did not contain the underscored language — it may have been removed on advice of legal counsel. At any rate, the court found that prior agreement between members on how they will vote is “action” under the OPMA, stating:

We thus conclude if a quorum of a legislative body, such as the city council, collectively commits or promises to each other to vote — as a group — in favor of or in opposition to a piece of pending legislation at a future public meeting, then such a commitment may be evidence that a majority of the body attended a “meeting” with the collective intent to take an “action” in violation of the OPMA.

The court remanded the case for further proceedings on whether there was a collective decision to vote on the head tax repeal outside a public meeting.

The Public Records Act (PRA) is a powerful tool when members of the public believe that a governing body has taken action in violation of the OPMA. Officials subject to the OPMA need to be aware that their written and electronic communications relating to agency business are public records and will be subject to disclosure under the PRA unless a specific exemption applies.

We live in a world where the options for communicating are increasing rapidly. Social media is prevalent, as are applications such as Slack, and platforms such as Zoom, Microsoft Teams, and GoToMeeting. During a pandemic in which in-person meetings are restricted or prohibited, these forms of communications have become central to how we talk to one another. As a result, understanding the requirements of the OPMA is of vital importance.

What is the applicable statute of limitations for an OPMA violation?