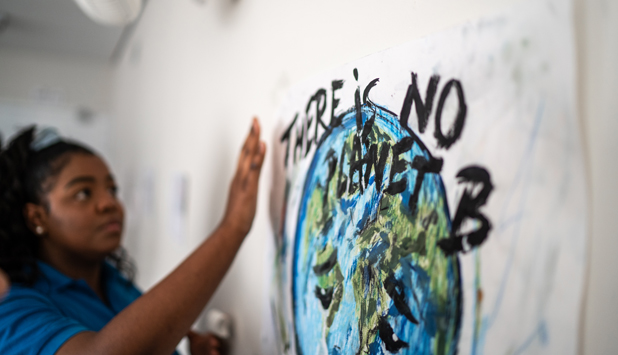 Editor's note: Due to a coding error, images in the original post were out of order.

In late July, as part of its Local Climate Response Project, MRSC distributed a survey to local government staff and officials with the following goals:

MRSC received responses from 164 individuals from jurisdictions throughout the state ranging in size and type. MRSC staff reviewed the results and compiled this Climate Survey Report. The report evaluates the responses to each question by jurisdiction type, jurisdiction size, and region of the state, and includes some observations based on the results. The “other” jurisdiction category includes special purpose districts such as ports and water/sewer districts, as well as tribal jurisdictions.

The responses were divided almost evenly between geographic regions, although the types of jurisdictions reflected in each region varied as shown below. (A few respondents did not specify which jurisdiction they worked for, so a region could not be determined.) The regions are based on the Growth Management Hearings Board regions. “Eastern Washington” encompasses everything east of the Cascades; “Central Puget Sound” includes King, Kitsap, Pierce, and Snohomish counties; and “Western Washington” includes everything west of the Cascades and outside the Central Puget Sound region.

This blog post will highlight some key takeaways from the survey.

While it is worth reviewing the Survey Report in detail, there are some high-level observations about the survey results worth noting:

This section will provide a summary of these key takeaways.

A majority of respondents indicated significant concerns about the impacts of climate change. Perhaps not surprisingly during a summer of historic heat waves and wildfires (and coinciding with the release of a grave new UN International Panel on Climate Change Report), most survey respondents expressed concerns about the impacts of climate change on their communities. Of the climate impacts included in the survey, respondents were most concerned about extreme heat, wildfires, and drought -- although other effects such as extreme rain/snow events, water scarcity, and flooding ranked high, as well. Some respondents wrote in additional concerns about climate impacts on ecosystem health, ocean acidification, and water quality. 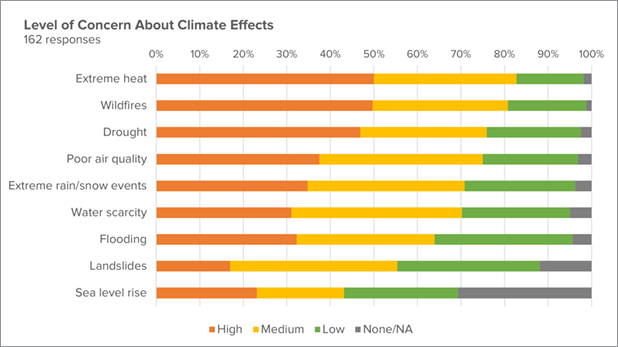 The concern about different impacts varied throughout the state. From the Survey Report:

There is ample opportunity for local climate-related action. Survey results reveal that there are opportunities for local action to:

Of the jurisdictions represented in the survey results, most have not taken steps to engage with those who are experiencing the first and worst effects of climate change — the type of engagement that is central to equity in climate planning.

With that said, a large majority of respondents expressed interest in learning more about various strategies to engage with and to address impacts to those communities hardest hit by climate change. Of particular interest was having access to data to help understand localized climate impacts and emergency response planning for those experiencing the worst consequences of climate change. 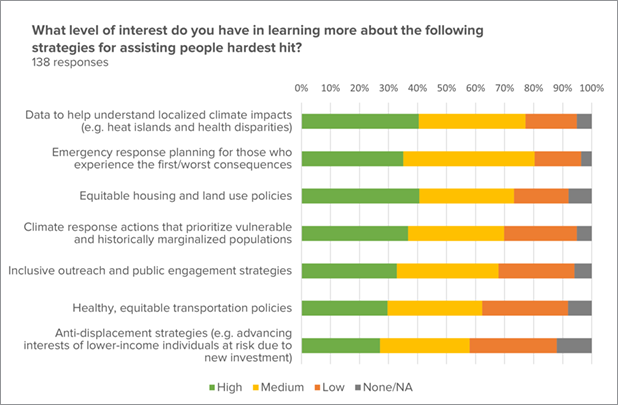 Another key area of opportunity is local greenhouse gas emission reduction through adoption of local policies and strategies. Only about a quarter of survey participants indicated that their jurisdiction has adopted or is in the process of drafting a climate action plan (CAP) — an important and comprehensive planning tool for local climate action (see Climate Change: What Can Local Governments Do? for more on CAPs).

Closer to 35% responded that their jurisdiction has conducted a greenhouse gas emissions inventory and/or targets. More jurisdictions have implemented various standalone greenhouse gas reduction strategies, such as installation of public electric vehicle charging stations (47% ), policies supporting walking, biking, and use of public transit (48%), and policies that advance energy conservation and efficiency (27%). These results show there is room for adoption of more policies at the local level to limit emissions — either standalone or as part of a comprehensive strategy. However, as noted in the Survey Report, the results should be understood within their proper context:

[S]ome climate strategies may not apply to certain jurisdictions or may not be politically or financially feasible for others. For instance, the climate-related strategies of many special purpose districts may be limited primarily to the agency’s own capital facilities and operations, while cities and counties have much broader authority, such as land use and transportation planning and implementation.

A separate question asked what operational/capital facilities efforts local agencies are pursuing to reduce greenhouse gas emissions. About a third of respondents indicated that their agencies are not pursuing any such efforts. Of the actions local agencies are taking internally, energy retrofits of existing buildings and commitment to purchasing electric or low emissions vehicles ranked highest. About a third of jurisdictions had adopted employee-focused strategies that would reduce vehicle miles traveled such as telecommuting and offering free transit passes. Many of these internal operational changes could not only result in emissions reduction benefits, but also financial benefits. 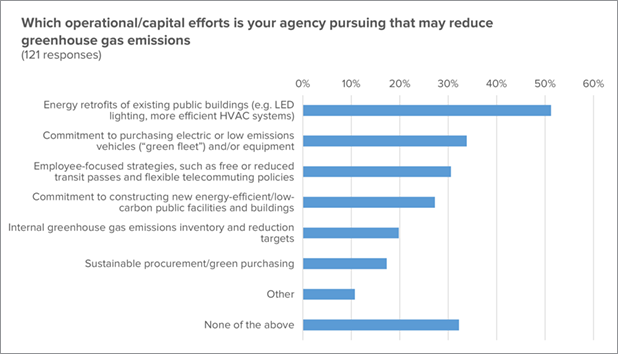 Despite climate-related events increasing in frequency and intensity, over a quarter of respondents indicated that their jurisdictions are not engaged in any efforts to prepare for and adapt to climate change. With that said, many jurisdictions do appear to be taking meaningful steps such as emergency management planning and coordination with other jurisdictions or agencies to prepare for various impacts. 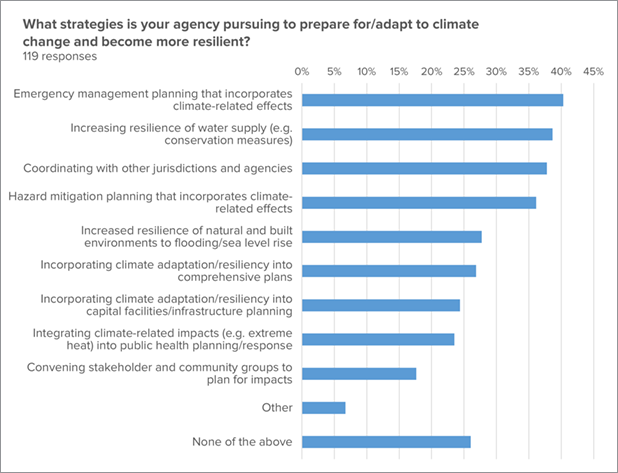 A final takeaway is that local governments and agencies need financial resources and technical expertise to meaningfully address climate impacts. Local governments also face the challenge of competing public priorities and lack of political will to take action locally. 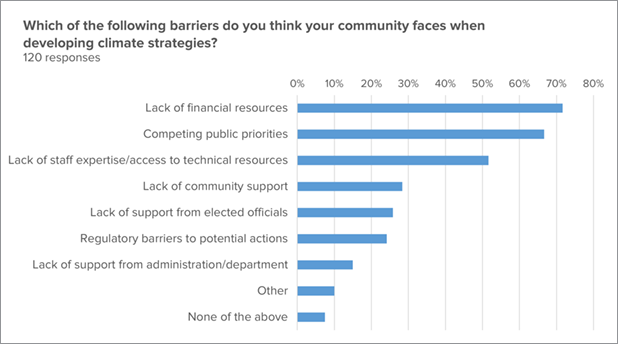 What Will MRSC Do with This Information?

This survey was an initial step in gathering information and assessing local needs. MRSC is using these results to inform its ongoing Local Climate Response Project, which will include updated climate-related web resources, trainings, and blog posts.

Registration is now open for the Developing a Local Climate Action Strategy: Approaches for Washington Local Governments webinar on November 15, the first in a series of three climate-related trainings offered at no cost. The presenters will provide insights from their involvement with the Thurston Climate Mitigation Plan planning process, as well as share tools and resources to assist local governments in their local climate planning efforts.

MRSC is also sharing these results with association and agency partners, including Association of Washington Cities (AWC) and the Department of Commerce, both of which are also embarking on important climate-related efforts for local governments. AWC will be hosting the Climate Resilience Forum on November 10.

Does MRSC have any information about regulating gas-powered leaf blowers?

Equity and Engagement in Climate Response