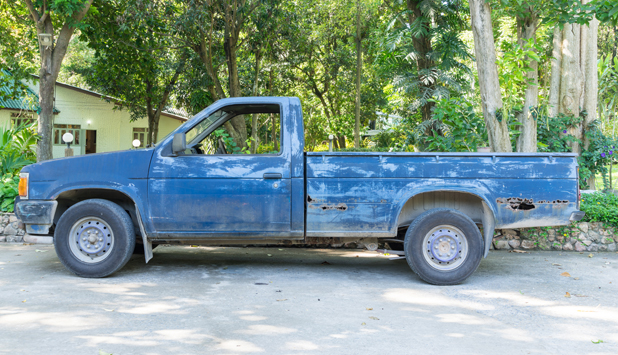 You may be familiar with the City of Seattle v. Long case, which until recently focused on whether automatic homestead protections apply to vehicles for habitation. On August 12, 2021, the Washington Supreme Court issued its decision in the case and provided clarification on how homestead rights apply to vehicles used by their owners as a residence. In addition, the Washington Supreme Court greatly expanded the circumstances under which an individual may bring an “excessive fines” challenge to a civil infraction under the Eighth Amendment of the U.S. Constitution. This blog will address both aspects of the ruling.

Steven Long lived in his pick-up truck. His truck became inoperable while parked on a City of Seattle (City) gravel parking lot. Eventually he was issued a $44 ticket by the City for parking in the same spot for more than 72 hours. Mr. Long could not get his pick-up truck running, and it was towed several days later. The initial impound costs for the vehicle were $946.61. A magistrate subsequently waived the ticket amount and reduced the impound amount to $547.12. Mr. Long agreed to a payment plan with the City and got his truck back from the towing company.

Mr. Long then contested the impound, claiming that it violated his homestead rights in his truck and that the fines were excessive under the Eighth Amendment. Both the King County Superior Court and the Court of Appeals ruled in Mr. Long’s favor with respect to homestead rights but rejected his claims that the fines were excessive punishment under the Eighth Amendment. For more detailed facts and an analysis of the Court of Appeals decision, see Living in Vehicles: How Homestead Rights Affect Municipal Impounds.

Below is a deeper dive into homestead rights using a question-and-answer format.

Remind me, what are homestead rights and why are they important in this context?

How do the Washington Supreme Court and the Court of Appeals rulings differ?

The Washington Court of Appeals originally ruled that automatic homestead protection precluded the towing company from holding the vehicle for sale at auction because doing so would be a “forced sale” for the purpose of homestead laws (Washington Constitution, Article 19, Section 1 and RCW 6.13.070).  The Washington Supreme Court found that Mr. Long’s assertion of homestead rights was premature. It conducted a technical analysis of the process by which a debt (in this case the ticket amount and towing charges) is reduced to judgment. It resorted to the metaphors of sword and shield, noting that homestead cannot be used as a sword to prevent issuance of a ticket or impoundment of a vehicle. But homestead rights can be used as a shield to protect the homestead from creditors.

The important thing to remember is that Mr. Long received his truck back when he agreed to the payment plan for the impound fee. At that point, the City paid the towing company the $547.12, becoming a creditor of Mr. Long in that amount, but took no action to collect that debt. Under the majority’s analysis, homestead protection would be a “shield” if the City attempted to collect the debt from Mr. Long, but it is not a “sword” under which Mr. Long can contest the City’s authority to ticket or impound his vehicle in the first place.

Does the Washington Supreme Court decision on the timing of when homestead rights may be asserted impact municipalities from a practical standpoint?

In most cases, probably not. Both the Court of Appeals and the Washington Supreme Court upheld the ability of municipalities to issue infractions and impound vehicles when authorized to do so — the issue is what should happen to a homestead vehicle once it has been impounded.

Municipalities should take steps to ensure that homestead vehicles are not sold at auction. My earlier blog and an Association of Washington Cities article on the case contains recommended practices in light of the homestead rulings by the Court of Appeals and Washington Supreme Court.

Excessive Fines under the Eighth Amendment

Below is a deeper dive into excessive fines using a question-and-answer format.

I’ve not seen municipal fines analyzed under the Eighth Amendment. Is this a new thing?

On the other hand, the excessive fines clause has received little attention from courts until comparatively recently. And the federal case law on excessive fines has typically involved civil forfeitures in connection with drug crimes or failure to declare currency. The Washington Supreme Court first considered an Eighth Amendment excessive fines claim in 2020 in a case involving fines assessed against a nationwide grocer trade association for violations of the Fair Campaign Practices Act. There do not appear to be any other reported cases analyzing excessive fine claims in the context of vehicle infractions and impoundment, so this appears to be a new area for an old legal doctrine.

How does one determine whether a fine is excessive?

First, you have to determine if there is a fine. For a sanction to constitute a fine, it must be at least partly punitive (i.e., punishment). While enforcing parking regulations and impounding illegally parked vehicles is partly remedial, the Washington Supreme Court found a punishment component as well.

Once it is determined that there is a fine, the next question is whether it is excessive. And in that regard, a fundamental question is whether an individual’s means and ability to pay should be part of the analysis. The Washington Supreme Court found that consideration of an offender’s individual circumstances is a factor to be considered in determining whether a fine is proportional or excessive.

Does that mean that different results could occur with respect to the same violation and the same fine depending on the financial circumstances of the offender?

Yes. A fine that might be proportional for one offender may be excessive for another offender of limited means. In the context of the homelessness crisis, the Washington Supreme Court noted:

The excessive fines clause descended from English law that sought to protect individuals from fines that would deprive them of their ability to live. This concern is directly related to an offender’s circumstances—in this case, homelessness and the circumstances forcing individuals into it.

That sounds familiar — does this case have any relation to Martin v. City of Boise?

Not directly. Long does not cite to Martin, which involved cruel and unusual punishment instead of excessive fines. But both cases are examples of a trend toward an expanded role of the Eighth Amendment in cases involving enforcement of municipal regulations against the unhoused. Compare the preceding quote with this passage from Martin:

[A]s long as there is no option of sleeping indoors, the government cannot criminalize indigent, homeless people for sleeping outdoors, on public property, on the false premise they had a choice in the matter.

Do the reasons for a municipality’s actions come into play? What if a municipality is acting for public health or emergency reasons?

Yes. The Washington Supreme Court noted the relative absence of harm caused by the fact that Mr. Long parked his vehicle in the City lot. It noted that “the offense of overstaying one’s welcome in a specific location is not particularly egregious” and noted the following factors: (1) not parked in a high-demand area for parking; (2) not parked in a residential area; (3) he was not obstructing or blocking a roadway.

On the other hand, impoundment of Mr. Long’s truck had a significant impact on Mr. Long. He had to sleep outside, and he lost access to his tools, clothing, and bedding. An “excessive fines” analysis will be partially fact-based, so a municipality should consider the circumstances and document any exigent circumstances that cause it to take action in a particular case.

The Washington Supreme Court’s decision in City of Seattle v. Long represents a significant expansion in the role of the excessive fines clause with respect to municipal infractions. In addition to parking infractions and impounds, civil infractions issued under other municipal regulations — including ones such as anti-camping and sit-lie ordinances — may be subject to an excessive fines challenge. This case also potentially opens the door for “ability to pay” challenges to other municipal civil infractions, like traffic camera violations. The case likely does not impact the authority of a municipality to clear unauthorized encampments, assuming it does so without issuing civil infractions to encampment residents.