How Did Ballot Measures Fare in the Primary? 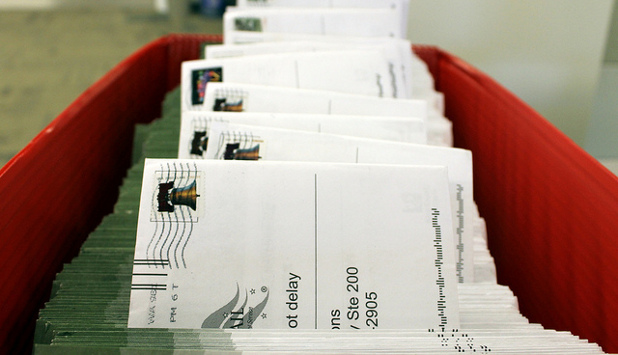 It’s August again, which means lots of wild blackberries and fresh produce, as well as a new crop of local ballot measures. (Not to mention the stifling heat wave gripping our state and the smoke filling our air. Stay cool and healthy out there!)

There were about 50 local measures on the primary election ballot. Below are some that caught my eye, with links to local news coverage. I’ll post the complete results to our newly improved Local Ballot Measure Database shortly after the counties certify the results on August 15.

There were 16 levy lid lifts on the ballot – almost one-third of all the local measures. Almost all were submitted by fire districts, with the exception of two city lid lifts for emergency medical services (in Marysville and DuPont) and a levy lid lift for Island Hospital (a public hospital district in Anacortes).

Levy lid lifts require a simple majority, and all but one of the levies are passing, usually by significant margins. The only lid lift currently failing is in North Whidbey Island, although it will appear on the ballot again this November.

Voters approved two new regional fire protection service authorities. The South Beach Regional Fire Authority, in Grays Harbor and Pacific counties, required a 60% majority and easily passed, although voter turnout was low. It will be comprised of Westport and four fire protection districts. The measure also included a regular property tax, an EMS levy, and a 1-year excess levy to support the district.

The South Snohomish County Fire & Rescue Regional Fire Authority, comprised of Lynnwood and an adjacent fire protection district, was much closer and got about 54% of the vote. Since the measure did not include fire benefit charges or 60% voter-approved levies, it only required a simple majority.

This will increase the number of regional fire authorities statewide from 10 to 12. For more information, see our page Regional Fire Protection Service Authorities.

On the ballot were also three park and recreation district regular levies, which last 6 years and require a 60% majority. Two of the three passed (Central Klickitat County and Anderson Island in Pierce County). The third, for North Whidbey Island, failed but will appear again on the general election ballot.

Voters in Liberty Lake overwhelmingly said no to a 30-year, $9 million bond measure to build a community center, which would have included a library and community meeting spaces. It was a pared-down version of a larger bond measure that failed in last year’s primary. The 2016 version also included a swimming pool and got about 56% of the vote, just shy of the required 60% majority.

After getting anecdotal feedback from residents, the city removed the swimming pool from the proposal, reducing the cost by $3 million. However, the smaller bond measure without the swimming pool received far less support (just 37%) than the larger measure that included a swimming pool.

Voters in King County narrowly rejected a 7-year, 0.1% sales tax for arts, science, and cultural programs. This sales tax authority for cities and counties was added by the 2015 state legislature (see RCW 82.14.525), with King County being the first jurisdiction to attempt such a measure.

While the measure was widely supported by cultural organizations, it generated opposition from people who felt the county should spend its money on other areas such as affordable housing, homelessness, and mental health services, as well as people concerned about rising tax rates (many areas in King County now have a sales tax rate of 10% or higher) and Washington’s notoriously regressive tax system.

Here are a few more items that caught my attention:

If you have questions about this topic or other local government issues, please use our Ask MRSC form or call us at (206) 625-1300 or (800) 933-6772. If you have comments about this blog post or other topics you would like us to write about, please email me at shawley@mrsc.org.

Can a group of area mayors host a “legislative forum” at a city-owned facility with several candidates for state offices to discuss their views on city issues?