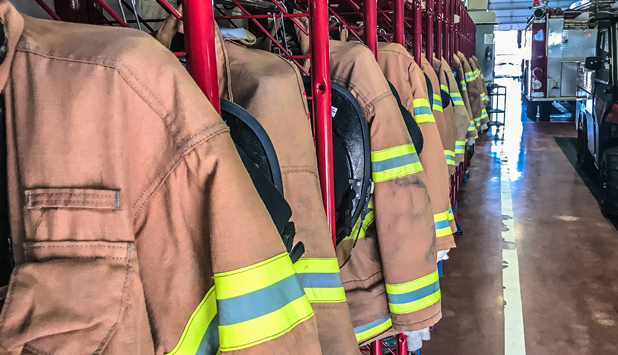 This article is about when shift staffing may be considered a mandatory subject of bargaining. A recent ruling provides the framework for evaluating the unique facts in a particular case.

In City of Everett v. State of Washington PERC and IAFF Local 46 (No. 77831-5-I October 28, 2019), the Washington Court of Appeals, Division I, affirmed a Public Employment Relations Commission (PERC) decision balancing the city’s managerial prerogative over shift staffing with the union’s evidence in that case of a direct relationship between shift staffing and the workload and safety of the firefighters and paramedics. In a close case, PERC concluded that the union’s proposed contract amendment to increase shift staffing was a mandatory subject of bargaining rather than a permissive subject. As a result, the city’s unfair labor practice (ULP) complaint was dismissed. The Court of Appeals reviewed and affirmed the PERC decision.

As of this date, there has not been a petition for review by the State Supreme Court, so this decision is likely final. Depending on the facts in your municipality, it is possible that a bargaining subject that has historically been permissive may now be considered a mandatory subject of collective bargaining.  Consult with your agency’s attorneys and labor relations experts regarding how this case may apply to your contracts.

The factual history in this case is important. In 1976 the Washington State Supreme Court affirmed an order requiring the City of Everett to engage in interest arbitration of fire department staffing levels. At that time, the Court did not address whether staffing levels are a mandatory subject of bargaining but did note:

During the resulting interest arbitration in 1976, the panel concluded that the minimum on-duty crew staffing for each shift related to safety and was a mandatory subject of bargaining. Since then, the city’s collective bargaining agreements (CBA) have included Article 27, Health and Safety, which includes the city’s agreement “to maintain a firefighting force of at least twenty-five (25) firefighters on duty at all times.“ According to the facts in the court decision, over the years the city’s actual minimum crew on duty for each shift has remained higher than 25 (for example, it was reduced from 33 to 28 in 2010).

A Close Call Based on Factual Evidence

This history was the backdrop for the current CBA negotiations, PERC decision, and appellate case. The union considered the staffing level related to safety and working conditions and proposed an amendment to Article 27 to increase the minimum shift staffing from 25 to 35 firefighters on duty at all times. The city disagreed and brought a ULP Complaint before PERC on the basis that the shift size was not a mandatory subject of bargaining. A PERC hearing examiner considered evidence submitted by both sides — including over 100 exhibits and testimony of experts — agreed with the city, and ruled the shift level a permissive condition. The union appealed to PERC and PERC reversed the hearing examiner’s decision.

The city then appealed for judicial review. The superior court certified the case for direct review in the Court of Appeals and the Court affirmed the PERC decision in favor of the union. Significantly, the record on appeal was limited to the evidence before PERC. In addition, the courts are required to “give ‘due deference’ to an administrative agency on matters falling within its jurisdiction.”

The court decided in favor of the union; however, it is also stated, “[a]s a general rule, the determination of shift staffing is a fundamental and strong management prerogative that is a nonmandatory subject of bargaining.” (decision, page 1).

In the published opinion on City of Everett v. State of Washington PERC and IAFF Local 46, the court addressed a related 1989 case:

In International Ass'n of Fire Fighters, Local Union1052 v. PERC, 113 Wn.2d 197, 204 the Washington State Supreme Court expressly rejected the assertion that the determination of shift staffing "never can be 'working conditions' included within the scope of mandatory bargaining." While "staffing levels typically weigh on the managerial prerogative side of the balance," where there is "a demonstratedly direct relationship" to workload and safety, shift staffing may be a mandatory subject of collective bargaining. Intl Ass'n of Fire Fighters, Local Union 1052, 113 Wn.2d at 207, 204. The court held, "Every case presents unique circumstances, in which the relative strengths of the public employer's need for managerial control on the one hand, and the employees' concern with working conditions on the other, will vary," and PERC must carefully consider "meaningful distinctions in the circumstances" of each case.

As a result of this decision, there may be more disputes and negotiations about whether or not an issue such as shift staffing is a mandatory subject or a permissive subject of collective bargaining. Reasonable minds may and likely will differ on how this court decision impacts each case.

The duty to bargain in good faith remains a cornerstone of collective bargaining. Seek the expertise of your labor experts and agency’s attorneys.