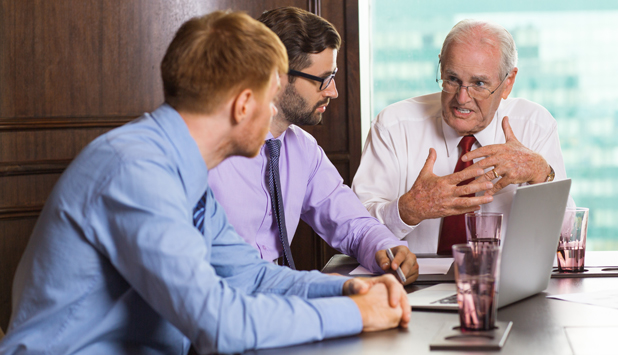 It is essential for elected officials and local government leaders to understand the requirements of the Open Public Meetings Act (OPMA) given the serious consequences that can result from an OPMA violation, including personal monetary penalties and even potential recall. Although the Public Records Act (PRA) is the most popular topic on which MRSC receives questions from its local government customers, the OPMA follows closely on the PRA’s heels.

Below is a sampling of OPMA questions MRSC consultants have received just in January 2020 alone. If you want to continue mastering the ins-and-outs of the OPMA, consider signing up for our February 12, 2020 webinar OPMA Primer – How to Avoid Common Pitfalls. The webinar content satisfies the requirements of the Open Government Trainings Act and will explore more challenging OPMA issues faced by legislative bodies in this day and age (Facebook, anyone?).

Who needs to take OPMA training? How frequently does the training need to be taken?

Every member of a governing body needs to take OPMA training per RCW 42.30.205. This means that not only do elected officials (i.e., city and county councilmembers, board commissioners) need to take the training but also members of a subagency created by statute or ordinance (i.e., planning commissions, parks boards), and members of committees or commissions that have been authorized to act on behalf of a governing body.

Members of governing bodies need to complete OPMA training within 90 days of taking the oath of office. Thereafter, a refresher course is required every four years

Each member of the city council was included on an email from a constituent in which she shares her concerns about a city project. Does this violate the OPMA?

No. Simple passive receipt of an email by all members of the governing body does not constitute an OPMA violation. However, if one of the councilmembers “replied all” to this email and then provided a response to the constituent’s concerns, an OPMA problem is developing. Why? Because the OPMA requires that any meeting of a governing body occur at a meeting that is open to the public. If one of the councilmembers “replies all” to the email, one could argue a meeting has occurred outside of the public eye. While, potentially, this one councilmember “replying all” is not a meeting, since there may not be collective intent to transact agency business, once a second councilmember “replies all” discussion is occurring and an OPMA violation has occurred.

A related topic is when members of the governing body communicate over email or text during a council or commission meeting, which can also lead to trouble. MRSC has a previous blog on this issue — Use of Electronic Devices During Council/Commission Meetings — which readers may find of interest.

Can a councilmember poll all of the other councilmembers over email, text, or phone with regard to how they plan to vote on an upcoming council matter?

Serial meetings, or rolling meetings, that involve a majority of the governing body are not allowed under the OPMA. To put this in context, let’s take an example of a five-member council. A serial meeting would occur if the polling councilmember (councilmember A) called councilmember B to discuss an issue, then subsequently contacted councilmember C to share that discussion. Although these discussions did not occur at the same time, the councilmembers in question had a collective intent to meet and conduct agency business.

This serial meeting concept was explored in Woods v. Battleground School District, where a majority of school board members exchanged emails about the superintendent’s performance, which was in violation of the OPMA. Another important takeaway from this case is what constitutes an action. Woods made it clear that a final decision is not required to implicate the OPMA; mere discussion about agency business by a majority constitutes “action” under the OPMA. Therefore, that discussion must take place in a public meeting.

In general, a committee with a strictly advisory role, or one that does “nothing more than conduct internal discussions and provide advice or information to the governing body,” is not subject to the OPMA. (See Citizens Alliance for Property Rights Legal Fund v. San Juan County, which explores in detail which types of committees are subject to the OPMA.)

On the other hand, if a committee exercises decision-making authority for the governing body, conducts hearings, or takes public testimony or public comment, then it is subject to the OPMA. Whether committees are subject to the OPMA can be somewhat involved, as MRSC’s blog on Citizens Alliance v San Juan County addresses in more detail.

Only committees subject to the OPMA are required to take minutes under RCW 42.30.035. A committee in a strictly advisory role does not have to take minutes, but the committee may elect to do so in order to memorialize what transpired at the meeting.

Above is just a handful of the questions MRSC has recently received on the OPMA. If you are interested in learning more about the OPMA, visit MRSC’s OPMA topic page and consider signing up for our February 12 webinar, called OPMA Primer—How to Avoid Common Pitfalls.

“We’re Going into Executive Session to Discuss Personnel.” Is That Okay?

Do we have to list whether or not action may be taken on the agenda advertising an executive session?