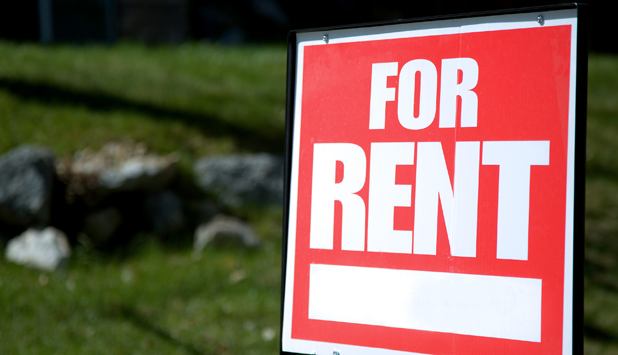 What is a Regulatory Taking? What is Substantive Due Process?

The takings and due process clauses of the U.S. and Washington Constitutions impose limits on lawmakers. The takings clause prevents the government from appropriating property without paying just compensation — think of the state acquiring a strip of land for a new highway. By the 1920s, the concept of a regulatory taking gained currency — even if the government does not appropriate land, if a regulation goes “too far” courts will treat it as the equivalent of a physical taking for which compensation is due.

The due process clause addresses more than process. Courts have long read it to impose a substantive limit on governments. During the so-called Lochner era, in the late 19th and early 20th centuries, the U.S. Supreme Court used the due process clause to invalidate a host of laws on the theory they were ineffective or hampered some liberty to contract. This invited judges to invalidate laws they deemed onerous or unfair. But in the 1930s and 1940s — and through today — the U.S. Supreme Court rejected that approach for the rational basis analysis, which defers to legislative determinations about a law’s wisdom or efficacy.

How do we know whether a local or state regulation crosses one of those lines under the Washington Constitution? For decades, the same four contradictory truths plagued Washington case law assessing regulatory takings and substantive due process claims:

Not anymore. In a pair of cases brought against the City of Seattle — Yim I and Yim II — the Washington Supreme Court recognized the correct federal analyses and disavowed Washington case law to the extent it recited one of the incorrect analyses. No daylight should now exist between Washington and federal law when assessing regulatory takings and substantive due process claims. This means Washington judges will now accord proper deference to local and state lawmakers’ decisions and lawmakers and their lawyers can identify constitutional boundaries more readily.

While vowing the Washington Constitution’s due process clause provides no substantive protection greater than the federal clause and believing Washington was following the federal substantive due process analysis, for over two decades the Washington Supreme Court applied a Lochner-era undue oppression analysis — not the rational basis analysis federal courts now use — to claims under either or both constitutions. The undue oppression analysis prompted judges to rebalance public and individual interests, empowering them to invalidate lawmakers’ policy decisions.

The issue came to a head in Yim v. City of Seattle (Yim II) ___ Wn.2d ___, 451 P.3d 694 (2019), through which the Pacific Legal Foundation mounted a challenge on behalf of Seattle landlords to an ordinance essentially barring them from considering most criminal background history when making tenancy decisions. Because the landlords raised federal and Washington claims, Seattle removed the case to federal court. The plaintiffs urged the judge to apply the undue oppression analysis to their Washington substantive due process claim; Seattle advanced a rational basis analysis. The federal judge certified to the Washington Supreme Court three questions aimed at identifying the proper analysis.

The Court agreed with the City of Seattle. Yim II clarifies that:

Yim II disavows Washington Supreme Court case law — including 61 decisions appended as a non-exclusive list — to the extent it could be interpreted as requiring heightened scrutiny in Washington substantive due process challenges to laws regulating the use of property.

Washington’s regulatory takings case law was a mess. As with substantive due process, the Washington Supreme Court ruled the Washington Constitution provides no greater protection than the U.S. Constitution and applied what it believed was the federal analysis to claims under either or both constitutions. But it was not the three-part analysis used by federal courts; instead, it was a complex, six-part quagmire. Worse, in Manufactured Housing Communities of Wash. v. State, 142 Wn.2d 347 (2000), a plurality of the Court departed even from that quagmire to announce a new rule not in federal law: a per se taking occurs if a regulation merely deprives an owner of a “fundamental attribute of property ownership.”

Through Yim v. City of Seattle (Yim I) ___ Wn.2d ____, 451 P.3d 675 (2019), the Pacific Legal Foundation provided a vehicle to address this problem as well. It represented Seattle landlords challenging an ordinance requiring landlords to publish their tenancy criteria and essentially accept the first applicant meeting them. The landlords prevailed in Superior Court and the Washington Supreme Court granted direct review.

In Yim I, the Court unanimously embraced the actual federal law the Court had always intended to follow. Rejecting the plaintiffs’ attempt to prop up the “fundamental attribute” test, Yim I disavows Manufactured Housing and earlier case law creating Washington’s six-part takings quagmire. Instead, Yim I adopts the three-part federal analysis under which a taking occurs only if the challenged law:

Yim I found the Seattle ordinance effected no taking and also rejected the plaintiffs’ substantive due process challenge (applying the rational basis analysis from Yim II) and free speech claim.

Yim I and Yim II add clarity and restore proper deference to Washington constitutional law. Washington lawmakers and their lawyers can now identify constitutional boundaries more readily and act with greater confidence that, if they remain within those boundaries, Washington judges will not second-guess lawmakers’ assessments of what is in the public interest.

Roger Wynne is the Director of the Land Use Section of the Seattle City Attorney’s Office and a member of the Washington State Association of Municipal Attorneys Board. He has written and spoken extensively on land use law.

For over a decade he, by his own account, has obsessed about the state of Washington’s regulatory takings and substantive due process law, which led him to write The Path out of Washington’s Takings Quagmire: The Case for Adopting the Federal Takings Analysis, 86 Wash L. Rev. 125 (2011). He was delighted to argue Yim I and Yim II to the Washington Supreme Court, even though the result moots his law review article.

The Power of Public Space