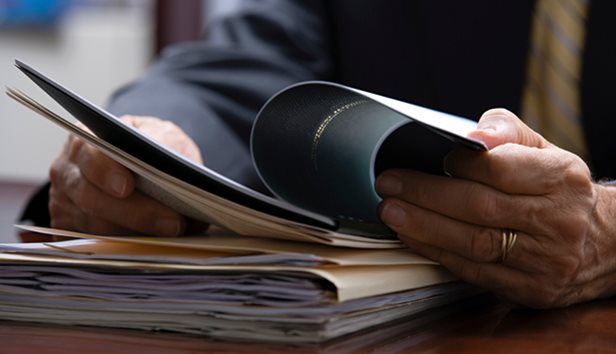 To determine whether elected officials are covered, this blog looks at a few benefits programs on a case-by-case basis and provides some background.

RCW 41.04.180 provides that a municipality, “acting through its principal supervising official or governing body,” may provide health insurance for its employees. RCW 41.04.190 provides that the cost of the health insurance “is not additional compensation to the employees or elected officials covered thereby,” and so coverage can be added even after an elected official’s term has begun.

Health benefits for elected officials may be adopted either informally by a motion or by a formal resolution of the governing body. Municipal policies may be amended to account for the change. Our Sample Document Library includes a 2019 resolution from Lynden authorizing health insurance coverage for the mayor and city councilmembers.

A stipend could also be given to an elected official instead of health insurance, but a stipend would be treated as extra compensation. Given the constitutional prohibition against additional compensation during a term of office (see Article 11, Sec. 8), the stipend could not be given or accepted until the officer starts or is re-elected into a new term. It should also be noted that the stipend would be taxable (WAC 415-108-455). Our Sample Document Library includes a 2018 health policy from Vancouver allowing city councilmembers to receive cash payments instead of city-provided health insurance.

Let's look at some benefits programs as provided under state law to see if these apply to elected officials.

Adopted in 2019, the Long-Term Care Trust Act (or WA Cares) creates a new, employee-financed program to provide payment or partial payment for long-term healthcare services to qualified individuals who have paid into the program and need assistance. WA Cares applies to all wages earned, including compensation for elected officials. As noted in the WA Cares FAQ:

Definitions for who contributes to the WA Cares Fund (Long-Term Services and Supports or LTSS) in RCW 50B.04.010 refer back to the Paid Family and Medical Leave Program (PFML) definitions in RCW 50A.05.010. This includes the definition of “Employment” in (8). If premiums are not assessed for the PFML program, they will not be assessed for WA Cares Fund.

Last year the legislature paused WA Cares, pushing back the start date for employers to begin collecting WA Cares premiums to July 1, 2023; So, even though employees and elected officials alike are to be assessed premiums under this program, local governments will not need to start until July.

The Paid Family and Medical Leave (PFML), chapter 50A RCW, allows a qualified employee to take up to 12 weeks paid time off if a serious health condition prevents them from working or if they need time to care for a family member, bond with a new child, mourn the death of a child, or spend time with a family member preparing for military service overseas.

Cities, counties, and special purpose districts deduct amounts from employees’ paychecks for premiums to pay for PFML benefits. Are elected officials covered under the PFML, and thus, are they required to pay premiums?

RCW 50A.10.030 requires employees to pay for a portion of the cost of benefits available under PFML and, according to RCW 50A.05.010(4)(a), an employee is an individual “who is in the employment of an employer.” Further, in February 2021, the Washington State Attorney General’s Office issued AGO 021 No. 1, advising that local government elected officials are “employees” for purposes of the PFML program and are subject to the withholding of premiums as described by RCW 50A.10.030.

Local governments should deduct PFML premiums from paychecks for all employees including from any paychecks for elected officials. Employers may also elect to pay their employees’ share of these premiums.

Elected officials may be relieved to know that they are covered under workers' compensation, since RCW 51.32.010 requires that any “worker” who is injured while on the job be entitled to compensation.

Under workers’ compensation, the term “worker” has the same definition as does an “employee.” However, the term also covers “all officers of the state, state agencies, counties, municipal corporations, or other public corporations, or political subdivisions.” See RCW 51.12.020. Additionally, under WAC 296-17A-5305, there is a workers’ compensation classification for “clerical office, administrative employees, and elected officials of cities and towns.”

If a jurisdiction provides retirement benefits under one of the state’s Department of Retirement Systems plans (e.g., Public Employees Retirement System Plan 1 or Plan 2), all qualifying employees must be covered under the plan (see RCW 41.40.023). Note that elected officials are not automatically covered but, under RCW 41.40.023(3)(a), they can apply for membership to the plan and get covered in this manner.

Elected officials are not considered employees of a local government for the purpose of eligibility for unemployment compensation. See, generally, RCW 50.04.140.

Paid sick leave (RCW 49.46.200) provides paid leave from work so employees can care for themselves or family members who are ill, injured, and/or in other situations requiring time off work. This leave does not apply to elected or appointed officials because the term “employee” specifically excludes “any individual who holds a public elective or appointive office.” See RCW 49.46.010(3)(l).

Although it can be confusing to understand which benefits programs apply to elected officials, one main consideration is whether those officials are considered employees under the program. MRSC offers the following webpages for further reading on paid and unpaid leave and benefits programs for employees:

Can we reimburse expenses incurred by volunteers?