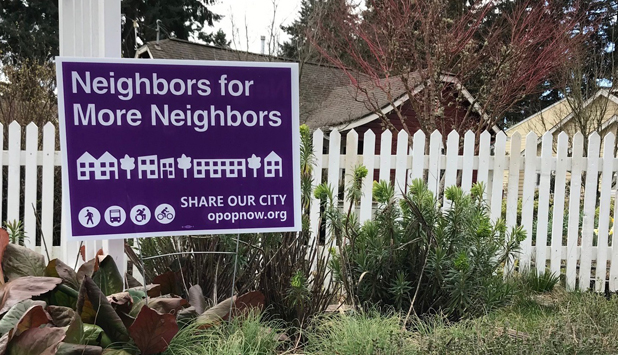 All images in this blog have been provided courtesy of the City of Olympia.

Recognizing that housing affordability was becoming a crisis in Washington State, the legislature adopted E2SHB 1923 in 2019 and SHB 2343 in 2020, which encouraged cities to take specific actions to increase residential building capacity through a variety of specific options. The legislature also made available funding to support affordable housing efforts and made these efforts exempt from legal appeals under the Growth Management Act (GMA) and the State Environmental Policy Act (SEPA).

In this two-part blog series, we look at how expanding the missing middle can bring new affordable housing options to a city. Part 1 featured the efforts that took place in the cities of Wenatchee, Orting, Lake Stevens, Fife, and Walla Walla. In Part 2 of this series, we will focus on how Olympia used E2SHB 1923 and SHB 2343 to encourage the development of more missing middle housing.

Like many cities, Olympia has low-density residential zoning districts (for example, allowing 4-8 and 6-12 units per acre zones) with room to add housing units, but our experience has found that achieved density is consistently lower than what is allowed.

In addition, Olympia’s Comprehensive Plan calls for expanding the variety of housing types that are allowed in such zones, some of which didn’t even allow duplexes (e.g., R 4-8) or had requirements for larger and wider lots for duplexes (e.g., R 6-12). Such a mix of housing types would allow for infill in some of Olympia’s most desirable neighborhoods while making efficient use of existing infrastructure investments and services. 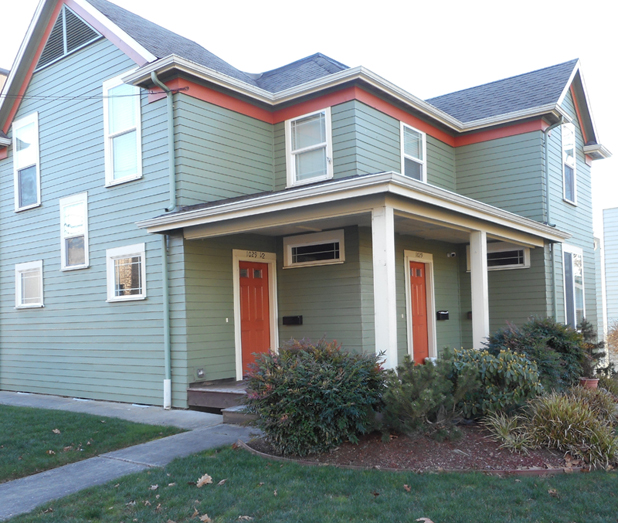 With the adoption of E2SHB 1923 and SHB 2343, Olympia was able to adopt rather modest amendments to its zoning code to increase the variety of housing types allowed and to eliminate some requirements that were barriers to accessory dwelling units (ADU) and multiple-unit structures.

Important factors that contributed to Olympia’s ability to expand its housing options are:

The Olympia City Council identified three options to be considered: ADUs; corner lot duplexes; and duplexes, triplexes, and courtyard apartments. These three options were referred to the Planning Commission and the council directed the commission to develop an ordinance implementing at least two of the options. With three specific options identified, the commission spent more time on how to address each option rather than considering the dozens of options listed in E2SHB 1923. Specific measures were also drafted to ensure code amendments were consistent with the comprehensive plan. 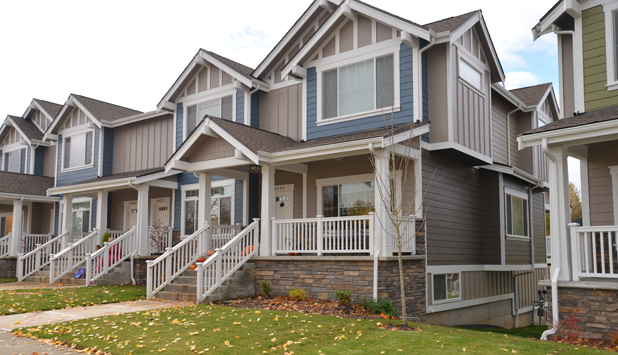 Staff considered the language of the three options carefully. Most staff time was devoted to implementing statutory language about allowing duplexes, triplexes, or courtyard apartments on each parcel in one or more zones that permit single-family housing. As a result, each housing type and zoning district were considered separately.

To address the statutory language to permit these housing types “on each parcel,” Olympia did not require larger lot sizes as the number of units increased.  Instead, the minimum lot size, setbacks, and developable area of each lot is the same regardless of the housing type proposed. An applicant must show how the proposed structure type fits on the lot and meets all development standards, including off-street parking (which does increase with the number of units).

In order to ensure consistency between the development regulations and the city’s Comprehensive Plan, Olympia added a requirement to annually review achieved densities in the city’s low-density neighborhoods so that amendments could be made, if necessary. 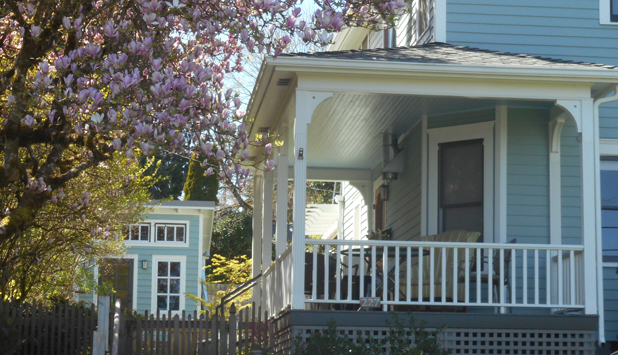 Joyce Phillips, AICP, is the Principal Planner with Community Planning and Development for the City of Olympia. Joyce has over 25 years of professional experience in city, county, and state government working on a variety of long-range and current planning issues in both eastern and western Washington communities, and she is a member of the American Institute of Certified Planners (AICP).

Joyce holds a master’s degree in Public Administration and an undergraduate degree in Geography and Land Studies and currently serves as the Professional Development Officer for the South Sound Section of the Washington Chapter of the American Planning Association. Joyce served ten years on the Washington State Commute Trip Reduction Board (2006 - 2016) and is a past recipient of the Barbara Grace Award for public service.

How Well Do You Walk this Meeting Tightrope?

A primer on Missing Middle Housing