For Local Fireworks Regulations, Timing is Everything 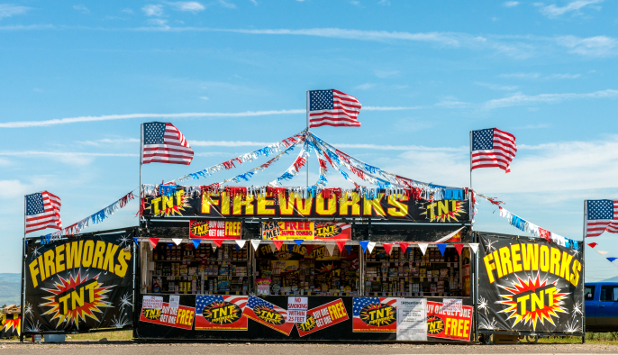 Now that the snow showers and heavy rainstorms are (hopefully) behind us, it's time to start thinking about May flowers and spring gardens, but it is also time to start thinking about next year’s fireworks season. Why would that be? If your community wants to restrict or ban the sale or use of consumer fireworks, now is the time for its legislative body to start considering an ordinance on fireworks, as such an ordinance must be adopted by June 28 of this year to be effective next year.

This blog looks at why a jurisdiction may want to institute local fireworks regulation — or ban fireworks altogether — and why such action needs to be taken in advance.

RCW 70.77.395 sets the dates and times statewide during which fireworks may be sold as well as used, which is not always concurrent:

State law also establishes specific hours that fireworks may be sold and/or used for each of those days.

RCW 70.77.250(4) requires that any locally adopted legislation more restrictive than the state's must have an effective date at least one year after its adoption. Thus, if a city, town, or county wishes to restrict the sale or use of fireworks in 2023, it must take legislative action no later than June 28, 2022.

Local governments cite a number of concerns when considering whether to restrict or ban consumer fireworks, including the noise, smells, or trash generated by use of them; the potential for damage to personal or public property; the potential for injuries and/or death; and, of course, the potential danger of fire.

When temperatures are hot and vegetation is dry, the improper use of fireworks can pose a threat to surrounding property. According to the National Fire Protection Association, fireworks caused an estimated 19,500 reported fires in the United States in 2018, resulting in “5 deaths, 46 civilian injuries and $105 million in direct property damage.” The 2017 Eagle Creek Fire, which burned 500,000 acres over a three-month period in the Columbia River Gorge (with destruction happening in both Oregon and Washington) is one such example of a destructive event started by fireworks.

Personal safety is another concern. Each year the U.S. Consumer Products Safety Commission puts out a report on fireworks-related deaths and injuries. The 2020 Fireworks Annual Report estimates that 66% of fireworks-related injuries treated in U.S. hospital emergency departments in 2020 were done so “during the 1-month…period between June 21… and July 21.”

But there are also reasons why people oppose fireworks restrictions and bans. Fireworks are celebratory and traditional and help bring families and communities together. Also, the sale of fireworks can be a significant source of revenue for many nonprofit organizations, a source that cannot be easily replaced.

Some people believe that bans are ineffective: Even if a local jurisdiction bans fireworks completely, consumers may be able to buy fireworks in other nearby jurisdictions that have less restrictive laws or on tribal lands that are not subject to state fireworks laws. Further, enforcement of bans may be difficult since the actual use of fireworks may occur outside the immediate view of police officers, and of course, enforcement of firework bans or regulations interferes with the ability of police and fire officials to enforce other laws.

Whether or not to impose local fireworks restrictions is not an easy decision for a local government to make.

Although certain summers are hotter, drier, and more prone to wildfire than others, it is not clear whether local governments have the authority to impose an immediate fireworks ban without the one-year waiting period, no matter how dangerous the conditions are.

Some local governments have adopted ordinances (effective after the statutory one-year waiting period) that authorize specific officials, such as the mayor, county executive, sheriff, or fire marshal, to immediately prohibit fireworks during emergency conditions such as high fire danger. In addition, it can be argued that RCW 70.77.250(4) does not impact the ability of local governments to adopt emergency restrictions or bans in response to extreme heat, drought, or other circumstances that would make the discharge of fireworks unreasonably dangerous.

There is no clear law either way on this question, so local governments will need to evaluate the possible legal risks of enacting an emergency measure that restricts or bans the discharge of fireworks.

What Does the Public Think?

Given the various pro and con arguments, does the public support fireworks bans? The answer may vary in different places and contexts. According to our Local Ballot Measure Database, over the past decade at least 16 jurisdictions have asked their voters to weigh in through advisory votes. About three-quarters of the time voters supported the proposed fireworks restrictions or bans, although it’s worth noting that some of the ballot measures were very close, all of them occurred in Western Washington, and most of them occurred in the Puget Sound region. The calculations and answers may be different elsewhere.

For Examples and More Information

Our Fireworks Regulation in Washington State topic page provides an overview of fireworks laws, including information on permitting and licensing, dates and times fireworks may be sold or discharged, and examples of local ordinances and advisory votes. Additionally, if you have any specific questions regarding fireworks regulation, you can Ask MRSC.

Can a city require businesses to provide proof of insurance before issuing a business license?