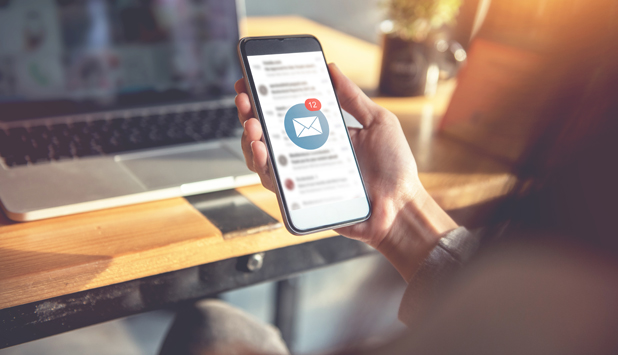 To understand the full scope of this decision and how it impacts all public agencies in Washington, it is important to consider the particular facts of the case and how those facts limit the scope of this ruling.

The Spokane Valley Fire District’s email policy prohibited any personal use of department email accounts. But after a Spokane Valley firefighter committed suicide, the District provided its employees with information about suicide prevention through its Employee Assistance Program (EAP) email newsletter and invited employees to use their email accounts to discuss the issue and provide other resources.

When Captain Jon Sprague weighed in on the issue from a Christian perspective and included scripture quotations in his emails sent to other firefighters who shared his beliefs, he was told that the District policy prohibit discussion of religious issues over District email accounts. After Captain Sprague refused to comply and continued to send emails that provided a religious perspective on suicide and other issues raised in EAP email newsletters, he was terminated.

The Captain challenged his termination, alleging it violated his right to free speech. The trial court granted summary judgment to the District, and the Court of Appeals affirmed in a 2-1 decision.

On January 25, 2018, the Supreme Court reversed and found that the District’s policy of permitting the use of email for some social issues but prohibiting employees from providing a religious perspective on those issues amounted to “viewpoint” discrimination that violated Captain Sprague’s First Amendment free speech rights.

As part of this ruling, it rejected the District’s First Amendment Establishment Clause defense because the Captain only sent the emails to fellow employees who consented to receiving them, ensuring that there was no significant risk that anyone would mistake the Captain’s religious views for the official views of the District itself.

The Court also rejected the argument accepted by the lower courts that the prohibition on discussion religion was viewpoint-neutral because it applied to all religions equally.

The Supreme Court’s ruling highlights the fact that when an agency permits its email system to be used for some personal uses, the agency must carefully consider whether any subject-matter restrictions will qualify as viewpoint restrictions.

There are six aspects of this ruling, however, that affect its scope and impact on Washington agencies.

First, it is important to note the parties agreed and therefore the Court accepted that the agency email system was a “non-public forum,” where the agency has the greatest amount of discretion to impose restrictions on speech. The only requirement for restrictions in non-public forums is that restrictions must be reasonable and viewpoint-neutral. Thus, the District could have prohibited religious discussions if it had strictly prohibited all personal use of the email system.

In other words, if the District had not permitted its employees to discuss the subjects raised in the EPA newsletter, this case may have turned out differently.

Second, the Supreme Court ruled that Captain Sprague was not acting pursuant to his official duties when he sent the emails at issue, and instead, was speaking as a citizen.

This fact was not only important for analyzing the District’s Establishment Clause defense, but it was also key for determining whether the restriction violated the Captain’s First Amendment rights. This is because generally, an agency has broad authority to control the scope of an employee’s speech when that employee is acting as an employee.

Third, the Court held that the only some of the religious content in the emails related to matters of “public concern,” another essential finding for a First Amendment free speech claim.

In addition to discussion of the EAP topics, the Captain also used District emails to organize fellowship meetings and to discuss a logo for the fellowship group. Unlike the EAP topics, these other topics were not a matter of public concern. Thus, had the District relied exclusively on these other topics as the basis of discipline, the case may have turned out differently.

Fourth, the emails at issue were only sent to fellow employees who had consented to receiving them and were not sent to members of the public. Had the Captain been pressuring his subordinates to engage in these religious discussions, the District’s Establishment Clause defense may have prevailed.

Likewise, had the Captain been communicating with the public in a manner that could have led the public to believe he was speaking on behalf of the District regarding his religious views, the Establishment Clause defense may have prevailed.

Fifth, while the opinion does not reference the Public Records Act, the Court’s ruling that the Captain had sent the emails as a private citizen does highlight the fact that any “personal” emails are not sent by employees while acting with the scope of employment.

Based on the Supreme Court’s decision in Nissen v. Pierce County, 183 Wn.2d 863 (2015), which adds a “scope of employment” test to the definition of public records, employees might object to the agency disclosing person emails sent from agency email accounts.

To preempt this argument, agencies who permit such personal uses may wish to consider adopting an express provision requiring employees who elected to use agency accounts for personal emails to waive any objection to the producing of those personal emails in response to PRA requests.

Use caution when imposing any content-based restrictions on employee speech

Finally, while the restriction at issue in this case applied to religious discussions, this was not a free exercise case, and the holding could affect other subject-matter restrictions that apply to a particular viewpoint.

For example, if an agency allowed employees to discuss personal medical issues but prohibited discussions of naturopathy, this may qualify as viewpoint discrimination. Rather than adopting rules that apply to certain subject matters, agencies may be better off focusing on viewpoint-neutral restrictions, like only allowing de minimis personal uses.

If the District in this case had disciplined Captain Sprague for spending an excessive amount of time sending personal emails in violation of a de minimis use rule, the District would not have been engaging in viewpoint discrimination, even if the emails were religious in nature.

Ramsey Ramerman writes for MRSC as a Open Government Advisor.

Ramsey Ramerman is an assistant city attorney with the City of Everett, where he works on open government issues, advises the police department on records issues and works on general municipal law issues. Ramsey also does a limited amount of legal consulting and open government training through his firm Ramerman Law Office PLLC. Ramsey has litigated numerous PRA cases, including several in the Supreme Court.

Ramsey is also one of the founders and the first President of the Washington Association of Public Records Officers. Finally, he was one of the original members of the state Sunshine Committee, on which he served two full terms before ceding his position in August 2015.

Ramsey is the co-editor-in-chief of the Second Edition of the WSBA PRA Deskbook, in which he also co-authored two chapters. Prior to working for the City of Everett, Ramsey worked at Foster Pepper PLLC and served as a law clerk in the state Court of Appeals.

The views expressed in guest columns represent the opinions of the author and do not necessarily reflect those of MRSC.